I bought my Street Pilot c330 by Garmin about two years ago.  How did I live without it?

As a REALTOR(R), I know my area very well, I could give directions from my house or my office to just about any point A, but I don't always know the best/shortest/fastest way to get from point B to point C to point D, etc.  Boy does the GPS help that!

About three months ago, I decided my GPS needed a name, hence, Hilda.  Hilda speaks with a British Accent, and we get along pretty well - although she does get yelled at once in a while.  Sometimes I like to totally ignore her and go my own way for a while.

I've learned many different shortcuts, but have I REALLY learned them?  Hilda has become like a subliminal voice - I just listen and drive without really thinking about it.

I'm afraid I haven't really learned where she's taken me.  I found myself once, getting to a house that I was meeting a client at, they called and said,

I'm going out today to show a few houses - AHHHH my daughter borrowed Hilda to take her to SC this weekend!  Can I still read a map?  How much more time should I allow for that?

My husband likes to use Hilda sometimes, when his work takes him out of the 'normal' paths.

I feel that "naked" feeling, like something is missing without my friend, Hilda.  I think I'm officially dependent on her, I have her talk to me even when I know where I'm going.

Kim, I've been seriously debating my own "Hilda" for the last few weeks. Sounds like it isn't an optional tool.

Like
Kim Wood
The Tech Byte - West Chester, PA
Kim Wood ~ The Tech Byte
Jennifer go get one!  You just can't imagine!  I don't think anyone has regretted purchasing one - and the prices have gone down significantly!

That happened to me way too many times, Jennifer!

Like
Brian Block
RE/MAX Allegiance, Managing Broker/Branch Vice President - McLean, VA
Northern Virginia & D.C. Real Estate
Kim, GPS systems are great.  I've had one now for almost two years.  I first tried a GPS while renting a car at an out-of-town wedding and became addicted.  Mine has the name "GyPSy".
Like
Linda Sticklin
Home Staging & Organizing - Berwyn, PA
I recently purchased a GPS, and have found it to be very useful. In particular, I always seem to have difficulty with the "reverse" directions. Now I just press "go home" and it gets me there! Do you think I can take it as a business expense at tax time? Seems reasonable to me.
Like
chevron_left
Older Post
Back to Top
Newer Post
chevron_right
Rainer
94,980 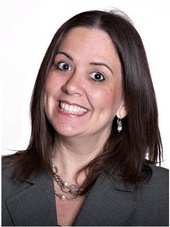