Mothers Day, according to http://en.wikipedia.org/wiki/Mother%27s_Day   was proclaimed by Julia Ward Howe in 1870 as a call for women to join in the supporting of disarmament.

There were other attempts in the 1880s and 1890s to establish a Mother's Day in the United States but none succeeded until the current holiday that was created by Anna Jarvis from Grafton West Virginia in 1908. It was to be a day to honor one's mother.

"Jarvis wanted to accomplish her mother's dream of making a celebration for all mothers, although the idea didn't take off until she enlisted the services of wealthy Philadelphia merchant John Wanamaker." 1

In 1914 President Woodrow Wilson made it an official national holiday.

Mother's Day is celebrated on the second Sunday in May here in the United States.

Mother's Day is also celebrated in many other countries as well, usually in March April or May. The link will show you the dates.

The most long distance telephone calls are made on Mother's Day and it is one of the most popular days for giving flowers and greeting cards.

Here in Beaverton Mi near beautiful all sports Wixom Lake

we have been enjoying the most beautiful weather (finally)!

Flowers are in bloom and bushes and trees are budded

The beautiful Spring we have waited for is here!

April was very rainy here. Along with spring

To all moms every where

Hope you have a wonderful day!

Have a great Mothers Day and enjoy your weekend. Hi Marilyn, it has been a day full of blessings and I am glad to hear of yours; Happy Mother's Day. 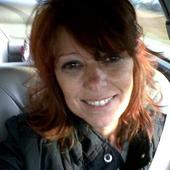