Simple chants, song and dance, though it makes a sense to sum, the others blindly chant, although not hated, for they know not what for, embracing things in autumn never felt so right before,

As we make our way around this maze of random thought, we become clear seekers through the web of options we lay before ourselves, those choosing, or chosen make decisions on their own, for rejection is hereditary among those who claim to own, and own what you ask, it is said your Avatar of course,

I say- don’t be fooled by sensory perception, for we are borrowed, from our children in fact, those who truly care to thank can pat them on the back, but the backs of flesh or the backs of time, peering deep into the Universe to look into the past, or at least the things our eyes see, time being a factor in the theory we call bang, although irrelevant with its counterpart distance to formulate a perceivable measurement you can use to keep yourself cosmically entertained, a brief choice of words to reset your thoughts, perhaps all that’s done, but wait a minute that’s a lot.

For time can truly be a magnifier of matter, but step outside the curtain and see the real matter, bending space and time to cover distance-what a concept, keep in fact distance and time being part of the concept family to begin with, combining elements of intense magnitude, creating density to move through solitude,

By that is meant black holes in fact, travel through those, you will want to bring a snack, not because you can’t return, but in fact you will have some catching up to do, being that you have made it to the light you see today, jumping so far ahead of the game you will be shocked when you look back, but all you’ll have to look back on is your own thought of the past, the Earth will call the future, some will call the present, but when it’s all boiled down by the Inferno of knowing,

We understand all is one and we thank ourselves for showing Now that may be too Deep for some viewpoints at this time, but heres some fun word plays for you

The country side = No City Dust Here

A telescope = To see place

The eyes = They see

The cockroach = Cook, catch her

The centenarians = I can hear ten "tens"

Desperation = A rope ends it

I run to escape = A persecution

The Meaning of Life = The fine game of nil

Darling I love you = leaving your idol / Avoiding our yell

Animosity = Is No Amity

Or maybe its Wonders were after

7 Wonders of the Modern World

7 Wonders of the Ancient World

The Real Story Behind the Pyramids

The Lost City of Atlantis Thank you for Viewing

Thank you for Reading

Thank you for Sharing

Thank you for Being

A World that Gives is a World That Gets, Treat yourself and GIVE. Tags:
a special in fact

"A World that Gives is a World That Gets, Treat yourself and GIVE."

~I love that quote!~

Thanks for sharing your insights - the beautiful thing about the written word is its malleablility and openness to interpretation. I believe that if something is "too deep" for someone, it is generally indicative of a lack of the vision necessary to see oneself reflected in the pool of words. An inablity to peer into that particular verbal mirror.

Thank you for all of your information and inspiration! 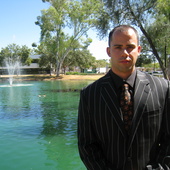