Newport Beach is perfectly equipped to make the most out of your next beach vacation and California vacation. With the only harbor in Orange County, and the largest recreational harbor on the West Coast of the U.S., vacation attractions and activities are plenty here. From sunset cruises to surf lessons, wine tastings to walking tours, live entertainment and arts and cultural venues, Newport Beach allows you to create your own traveler experience or welcomes you to leave it in the hands of the very best hospitality professionals. Create lasting memories on idyllic California beaches, breathtaking seaside cliffs, harbor-front promenades or partake in a year-round calendar of sporting events, film festivals, boat parades, music series and food & wine tastings.

Since 1928, the Balboa Theater has been a treasured historic landmark, one that served countless visitors until closing its doors in 1992. Now, the Balboa Performing Arts Theater Foundation is conducting a capital campaign to renovate this legendary icon and transform it into a 320-seat multi-use for the presentation of music, dance, theater, film and performing arts education programs. The Foundation is charged with facility design, raising construction funds, and eventually managing the theater's daily operations.

Named one of the cleanest beaches in the United States, Newport Beach is a paradise for beach-going visitors. With over 10 miles of beaches ideal for families, surfing, body boarding or just sunbathing, Newport is the ideal OC beach destination. Within our coastline find stellar views, waves and soft sands at Corona del Mar State Beach, Crystal Cove State Beach and Park, or in Newport Beach itself, along Balboa Peninsula or further north along Pacific Coast Highway. And if hiking trails and bird watching are part of your vacation plans, look no further than Newport's Upper Newport Bay ecological preserve and reserve and Crystal Cove State Park, with its picturesque Los Trancos and El Moro Canyons are coastal hiking trails that will not disappoint. 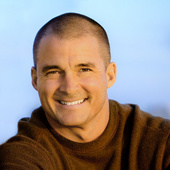