There is a wise adage: "Hope for the best, prepare for the worst."  This brings to mind a popular film classic based on a tragic, but true story, Titanic.  The ship was unsinkable, or so everyone believed, and for that reason there were not enough lifeboats to hold all the passengers aboard the ship in the seemingly unlikely case that everyone would have to abandon ship.  No worries, that was the luxury liner that would not sink, or so everyone thought until the catastrophic night that the ship hit an iceberg.  This story proves a sad point; no one can know with certainty what the future may hold, but you can prepare for life's little "what ifs."  With that said, when buying a new home, you must determine how much protection you will need.

Speaking specifically of North Carolina, homeowner's insurance can be offered in a package to include coverage of specified risks.  The most common package is the basic form, but a broad form policy can cover the basics and then some.  This may include falling objects, the collapse of buildings, the weight of frozen precipitation, heating system malfunctions, and even accidental discharge of water, steam, and electrical currents.

Here's the moral of this story:  by no means should everyone live their lives in constant fear of the occurrence of highly improbable possibilities, but the best peace of mind comes from being prepared. 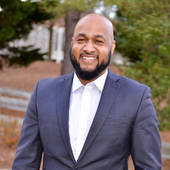