The Kaden Tower in Louisville Kentucky is sometimes called the Lace Building.

Kaden Tower is a 15-story office building at 6100 Dutchmans Lane in the East End of Louisville. Kentucky. The building was designed by a student of Frank Lloyd Wright, the building is often considered a landmark close to the Watterson Expressway near the Breckenridge Lane exit.

More history of the building can be read here. Groups:
31 Days of May Challenge 2011
ActiveRainPhotoBlogger
Photography
Photos
The Lounge at Active Rain

wow what a neat design.  I have to share this one with mu son who is an architect in the Cleveland area

Dave, that is a cool building!  What an intricate design on the building! 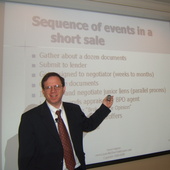