Marte writes another great post. And a post the SHOULD BE near and dear to the hearts of us all.

In this particular economy there are two things that will help the lead generation.

First, define the things that make you different, make you better.

Second, get that specific message out to everyone.

What do you do better than your competition does?

This is one of the questions on the form that I ask agents to complete before I write for them. It's also the one they get hung up on. Often, they'll send me the rest and "forget" to answer that one last question.

Why is answering that question so difficult for so many?

I have a couple of theories - one is that we've been taught since childhood that we shouldn't brag. For many of us, saying "I'm the best choice because..." is really difficult.

The other is that too many hard working agents haven't looked around to see that they really are doing something - probably many things - better than others do it. I've had clients who say "I don't know - I just do the same things everyone else does."

No, not if they're working hard, they're not doing what everyone else does!

How to see what you're doing that constitutes superior service:

Listen to your clients and customers. When they thank you for something you do automatically, take note. Often it means that the last agent they worked with didn't do that. For instance, returning a phone call promptly. A whole LOT of agents don't bother with that - some don't return their calls at all.

In addition, listen when they complain about their last agent. They may be showing you a red flag that tells you to run the other way, but they may simply be relating their experience with a poor agent.

Watch those other agents, and pay attention to the times they frustrate you.

How many times have you looked up a listing to see that there are no photos - or terrible photos?

How many times have you cooled your heels somewhere because another agent was late?

How many times has a prospective listing client shown you another agent's CMA that was poorly done - and reflected a selling price that they thought the client wanted to hear?

How many times have you had to pick up the slack because the agent on the other side of a transaction simply wasn't doing their job?

Often, the things you take for granted should be mentioned in your marketing materials.

They may seem like business as usual to you, but to consumers who have experienced "service" without them, they're important!

Follow up is big for me.  I dont like when agents dont get back to me. So I try to not be that agent.

Great article.  Good information that we all forget sometimes.  Thanks for sharing.

This is an important post...thank you for the reblog.

Thanks for the re-blog Jon!

May 14, 2011 12:58 PM
LIKE
#4
You must sign in or register to leave a comment
Login Register
Show All Comments
Older Post Newer Post
Back to Top
Generate More Leads from this Listing
With a Trulia Pro Account
Learn More
Find what you need?
See More Blog PostsAbout Real Estate! SEE MORE NOW!
Rainmaker
582,077 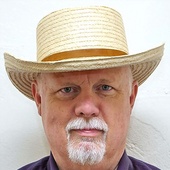