The cute little house in the suburb of Ft. Worth, nestled among the tall trees along the Trinity River seemed a port of refuge waiting patiently if needed.

It will be needed, the hope of it anyway (we are still in the option period).

The dream of becoming a Dallas Cowboys Cheerleader was related with an announcement at Christmas from our newly wed daughter (they had run off to the Justice of the Peace...we had told her to stay away from pre-med boys...). She said "Mom there is something we need to tell you".

So right then there were huge question marks floating through my mind that all seemed to transform into cherub baby faces which in turn made visions of my own self as a potential grandma! Uugh! I feel to young to be a grandma! Is it too late to put the baby back? This agony went of for some 24 hours as we were suddenly busy (with what I can't remember) that we couldn't even sit down and talk about that "something".

Finally in a remote rented cabin in the picturesque mountains by Ruidoso she announced that she was trying out for the Dallas Cowboy Cheerleaders. For some reason she had been afraid to tell me, had I been that dramatic of a mom when she was growing up? But I was like, "Phew, is that all? You're not pregnant? I don't have to be a grandma yet?

Then there came the reruns of CMT cable channel's DCC Reality show. We were able to pull in enough 3G power in our remote location to our computer to play the show that I had never seen before. There bouncing across the screen in their birthday suits (practically) were a gaggle, group, herd(?) of blonde, cute, bodacious girls who all looked like my daughter.

This is a daughter, by the way, never, ever gave us a moment of trouble her whole life! At 24 she has been a elementary school teacher with 3 years under her tiny belt teaching at some of Ft. Worth's toughest schools. She volunteers at a race horse rescue and has started her own online cake ball/cupcake business to earn extra money to work her husband through medical school.

Just last week I was at a committee meeting where a mother was bragging about her daughter who is in seminary. Hmmm, what was I to do, say "Well, yeah, my daughter is trying out for the Dallas Cowboy Cheerleaders!" But don't get me wrong, I was proud, I told most everyone who would listen, the grocery carryout boy, my coworkers, the washing machine repair guy and on and on.

So then came yet another announcement that she had been chosen to be on CMT's DCC Reality show! Cool, but didn't they interview some of the parents? Oh, oh...we had planned on going. But a fortunate wrinkle had popped up into our plan. Our 16 year old daughter's Prom had been scheduled for the night before 5 hours west in our big little town. Our son-in-law had to be out of town for a med school thing, so that left my husband and I to divide and conquer!

We decided that I would stay home and help our 16 year-old primp for prom and would meet the limo along with the other parents. Dad would go to Dallas with our cheerleader to meet the cameras that wanted to interview her and film her walking into the Cowboys stadium with her significant family member (dad). Then, my 16 year-old and I would fly to DAL first thing Sunday morning.

So bleary eyed after only 4 hours of sleep, we arrived in Dallas and were picked up by a smug husband. He was now a reality TV show star.

We wanted to take his smugness down a notch, but we couldn't contain our excitement and listened while he told the fun story of their early morning film session while we drove to Ft. Worth to look at the house we are buying. We had thought that if our married kids are paying rent, they might as well be paying us while we invest some money that is currently making zippo interest in a money market account.

While killing time waiting for our cheerleader, we drove around the neighborhood of our potential new purchas looking for those pesky Barnett Shale natural gas pumping stations that are said to cause grasshoppers to drop from the sky and contaminate water so bad that you can actually ignight the water.

We did find the two stations that were said to be near by. One we found seemed to be ill-placed across the road from a private prep school. It seemed to be fairly impotent, no dead birds or vegetation although there was a large area of gravel (where vegetation would not survive?) and scary barbed wire topped 8 foot fences.

For the other one we had to look a little harder for. Across the Trinity on down the Interstate off a never traveled access road we did find a fenced off entrance to a wooded field with warning signs. Yup this was it, lots of warning signs cautioning us not to smoke, not to enter, not to breath. The gravel road leading from the gates disappeared into the wooded field.

Slightly assauged that at least those stations weren't in their backyard, we headed back to the Cowboys Stadium to see if the girls got a lunch break. Fat chance we discovered. They work those girls hard, and don't feed them either - was this a passive aggressive move to get them used to being skinny?

Since we discovered we had another 5 or 6 hours to kill my husband wanted to go to the Rangers game which was conveniently playing a block away. Speaking of passive aggressive! So being the best dressed in the Rangers crowd we snagged the last of the standing room only seating, which seams to be a misnomer. Swept along in the crowd that were pint sized little leaguers who had all gotten Ranger jerseys since they were under the age of 13, we wandered around the stadium.

The four hours and 6 innings passed uneventfully, except for that I discovered 65 calorie beer can be substituted for water, and we received a text from our cheerleader that she will be out at 5:15. We decided to leave the game early and hike to our car. On the way to the car we saw what our 16 year old called a "grassy knoll" by a lake that she wanted to sit by.

Now you have to understand, we are a bit tree deprived as well as green grassy knoll deprived, and water deprived for that matter, since we are from West Texas. So lounging on the grassy knoll by the lake pondering how the duck got so mossy, we were able to get a hold of our son-in-law who just flew into DFW and made plans to meet him at the Cowboys Stadium a half hour later.

Parked at the Cowboys stadium amongst other hopeful friends and family members we all waited. Guards behind the fences watched us, just in case a crazed mom ran screaming into the building I guess. Every once in a while an escapee cheerleader would come to the window to pantamimread and read lips through it with a significant other.

Finally they lead all of the 300 or so girls out in a pack 100 feet beyond our reach behind the gates. I'm sure we all looked like war prisoners reaching out through the metal fences, with our cell phones snapping pictures. Where was our daughter? Oh there she was toward the end. They were positioning the girls they had chosen for the reality show up to the front of the crowd! She saw us! Perks for being on the show, she could be up front!

Then came the announcement, via a huge white board faced toward the girls, away from us. The unveiling, screaming, cameras rolling. Where was she? All the camera guys were around her, only her! What was her reaction! We couldn't see her little body in the mass of people and cameras. The rest of the girls celebrated their way or sadly walked their way to the gate entrance to be met by family and friends.

Our daughter's mass of cameras and TV show producers impeaded her progress toward us. Why her, did she make it? Or was she to be the sad ending of a cheerleader tryout girl who everyone thought was going to be a poster girl and make it.

After the long wait for the camera mass to escort her to the gate we were finally able to see her beautiful face with sad, red eyes. My heart broke, reliving another time when hers broke, I just wanted to hold her. 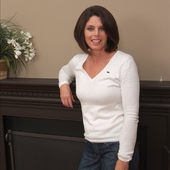