Everyone wants a deal in real estate or as it's been called - "the price of a lifetime."  Many home lookers won't even make an offer unless it is tens of thousands under the asking price.

My advice to this type of buyer is look at the house and its potential long-term resale.

You never know how good of a deal your home was until you one day sell that home.  If the goal is to make as much appreciation as possible then focus on the house and not the price.

Real estate is essentially supply and demand 101.  The better demand for your home the higher the price.  The worse demand, the lower the price.  Buy a home that a lot of people would buy and that may not be the home with the lowest price.

Homes backing up to busy roads are usually priced much less than homes inside of neighborhoods.  However, the vast majority of buyers will not even look at this type of a home - regardless of price.  These homes will look like deals on paper but they tend to appreciate at a rate less than homes on so-called "prime" lots.  The same can be true of homes that have some of these none-curable characteristics:

If you are looking for deals try to look for homes that have been on the market a while and contain the following curable deficiencies:

If the house has been on the market a while and you can negotiate a good price, your willingness to correct the "curable" deficiencies may mean increased appreciation when it's time to sell.

Just keep in mind you will never know how much you spent on your home until you have sold that home.  It's really very simple:

We all want a deal but use your head and look for a good investment.

Show All Comments
Leslie Bloss, Bellevue Real Estate Professional
Bellevue, WA
Excellent Post Gary,  You put a lot into your message.
Like
Gary Duda
RE/MAX Action Real Estate - Richmond, VA
Thank you.  If only our clients would always listen.
Like
Laura Jecker
Prudential New Jersey Properties - Vernon, NJ
This is why they need a good realtor to educate them not just sell their home for them or sell them a home to them. It is all about the service.
Like
Gary Duda
RE/MAX Action Real Estate - Richmond, VA
You are so right.  So you work Sussex County?  I'm a Sparta High Grad.  1981.
Like
chevron_left
Older Post
Back to Top
Newer Post
chevron_right
Rainer
19,944 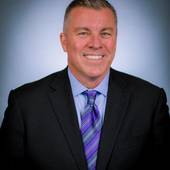 Gary's advice can help you take your real estate career to the next level. He also offers advice on buying and selling Real Estate in Richmond, Virginia and surrounding areas such as Henrico County, Chesterfield County, Hanover County, Richmond, Goochland.