At Monday’s close, conventional fixed- and adjustable-rate mortgages were posting their lowest levels of 2011, but by Tuesday’s market close, rates had climbed as much as 0.250 percent across the board. In some cases, more.

The spike highlights how quickly mortgage rates can change in a recovering economy, and why “floating” a rate can be costly.

This week, mortgage rates figure to be equally volatile. There’s a large set of market-changing data planned for release, and several Fed members have planned public appearances, including a 9:00 AM ET, Monday morning kickoff from Fed Chairman Bernanke.

The Initial Jobless Claims will be released at 8:30 AM ET and it will be closely watched by Wall Street. Initial claims are sharply higher since the end of April and investors believe the jobs market is key in a sustained economic recovery. If the data shows that initial claims receded, mortgage rates are expected to rise in response. 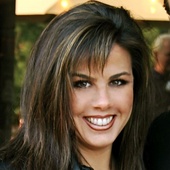