When asked about the probability of polybutylene water pipes leaking, Steve Stenros of First Choice Inspections says, "It's not IF it is going to leak, it's WHEN! If your home was built between the late 1970's to mid-1990's, you may have polybutylene in your home."

Polybutylene is a plastic resin that was used in the manufacture of water supply piping from 1978 until 1995. It was inexpensive and easy to install. It was widely believed that polybutylene was going to be a great substitute for traditional copper piping. It is most commonly found in the Southwest where residential construction was booming through the 1980's and early-to-mid 90's, but it can also be found in the Mid Atlantic and Northwest Pacific states. Polybutylene piping was used for both underground water mains and as interior water piping. Estimates say it was installed in 6 - 10 million homes. The manufacturers never admitted that poly was defective, but they agreed to fund a Class Action settlement with an initial and minimum amount of $950 million. Free re-pipes were available through the settlement fund until May of 2009 when it expired. A common misconception is that if a home has polybutylene piping and it has not leaked yet, then it never will. That is not true! The longer poly piping is in use, the more likely it is to fail. Polybutylene piping is usually gray in color and may be visible at the water heater or in the attic area. Plumbers installing polybutylene often used copper "stub-outs" through the walls, so if you see copper piping under your sinks or toilets it does not mean you don't have poly piping in your home.

If polybutylene water piping is found during a home inspection, there are many companies that specialize in residential re-piping. A complete copper re-pipe of an average-size home here in southern California can cost between $6000 - $10,000. Steve Stenros is a CREIA inspector with the MCI designation (Master CREIA Inspector). He provides quality home inspections throughout San Diego, Orange, and Riverside Counties. Steve can be reached for appointment at 888-335-3040. Clients of First Choice Inspections receive a FREE lifetime appliance RecallChek with every standard home inspection.

Steve, Yikes. my house was built in the mid 80's. I hate to think that this is going to become a problem there.

Out here in CA, polybutylene water piping is still found in quite a few homes.  It has caused a lot of water damage. The re-pipes aren't cheap!

Every where we turn it seems that there is some expensive problem that needs to be fixed.

there is always something. and that something seems to always be expensive

So many products are all hyped up when they first come out on the market.  But can they stand the test of time??  Copper water piping has proven itself over time.

Steve...Thanks for sharing this serious problem and reminding us that it exists.  It is even in some house in the midwest as well.

Mike: Six to ten million homes is a lot of homes!

That is a lot of homes!  Also - now we have to wonder what checmicals are leaching into the water from this tubing.

Mlke, in the DC area we had also problems with pin holes in copper pipes.  We had to replace our pipes in 1950s homes.  That was very costly too.

That's right, Alison! I sure wouldn't want to be drinking that water!

Yes, Simone, I have also run across pinholes in copper piping. So many chemicals are added to municipal drinking water anymore!

My home was built in 1978 I am going to have to climb up in the attic and see what the heck they used now!

I did have a mysterious ceiling water leak and we were never able to locate the source. Now I am wondering even more about that little issue.

Let's hope for the best, Sussie! Your ceiling leak has not continued? If not, it could have been a roof leak. 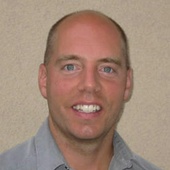