Way back in 2003 (ha,ha), when I was taking my real estate pre-licensing courses, part of my education touched on the standard real estate concept of "highest and best use" of properties.  For most of my readers that may not be familiar with the term, here is a definition, in a parable:

John and Mary Smith build a house in 1920 on a quiet 2 lane road.  This home is located at 822 Elm Street.  John and Mary raise their children in the home, and they pass away in 1975.  John and Mary's children have sinced moved out of town, and sell the home to Frank Jones.  Now by this time, Elm street has widened to 3 lanes.  Some retail outlets have sprung up nearby, and there is much more traffic on the street in the past 20 years, due to new industry that has grown up outside of town.

Thirty years pass.  Elm Street is now widened to 5 lanes, and the lovely front yard that John and Mary planted has shrunk down to a line of shrubs in front of the home.  There is a considerable amount of traffic coming and going on Elm Street.  Some of the small mom-and-pop shops have been razed to make way for larger strip centers.  New, larger retail centers have opened in either direction, so most of the small homes that went up on the "new" Elm Street from 1890-1930 have been torn down.

Frank decides he wants to move out of town, and sell his home.  The problem is, almost everything else on his block is retail outlets and restaurants.  The few remaining homes have been converted to small offices housing insurance agents, and health food stores.       Image Credit

Here is where this concept of "highest and best use" comes in to play.  Ninety years after John and Mary built their home, what would that property be "best" used for?  And how would the seller of this property get the "highest" amount of money at sale?  I think its obvious in this case, the highest use would be to have the property rezoned for office or retail, and market it as office space.  Or another common option may be that a developer is looking to build a new small strip center or fast food restaurant on Elm Street, and has already purchased a vacant lot next door to Frank's home.  Frank would get the most money by selling it to the developer.

I did a Broker Price Opinion this week on a home here in Columbus, OH that has just these "highest and best use" issues.  The home was built in an area that saw its building boom from 1890-1920.  It had been in the family for 80 years, and is truly a jewel of its era: all brick, 3 stories, stained glass accents, and tons (probably literally) of heavy solid oak trim.

BUT.. it just happened to be built on the main north-south urban corridor in Columbus.  The street was a quiet 2 lane road in the late 1800s, but now it is a busy 5 lane road.  A very busy gas station sits right next door, and the house on the opposite side has been converted to offices.

In doing my research for this property, I discovered that similar, well preserved homes in the area, but that were a few blocks over on a quiet residential street had sold for $250k-350k, with some that faced the nearby park going for $500k.  I also discovered that some stately old homes on this busy street that had already been converted to offices for attorneys and doctors, that had sold for $200k.

So what was the value that I came up with for this property?  $85,000.  Because the valuation that I was doing was for "residential" property, I needed to "price" it at what it could bring for a residential sale.  Not many people would want to be one of the only residential properties on a street full of gas stations, fast food restaurants, and doctors offices.  Thus my recommendation on this valuation was that the property be marketed for office space.  The sellers could get twice as much selling it that way.

Don: Thanks much for giving us a refreshner course on Best and Highest Use.  This is truly a great posting and creative way of marketing some old homes suitable for a different "best and highest use". Well done. 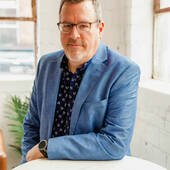 ActiveRain Community about 9 years ago
bookmark_borderbookmark
How to shop for homes from 1000 miles away.
View more Recent Posts   arrow_forwards