Here's a quick note to let you know how I can help you or anyone you might refer to me.

When Chris and Holly married almost a year ago, they took public vows and made a private vow, as well:  They would be out of their apartment and into their own home by their first anniversary.

Now, with their anniversary just two months away, Holly and Chris were ready to take the first step - but what was the first step?  Holly's sister, a client of mine, suggested they meet with me, and at our Initial Consultation I learned that the couple knew a lot about what they wanted in a house, but not nearly as much about what they could afford or what homes were available in their price range.  We spent a lot of time talking about their goals and dreams, then I referred them to my trusted Lender to get them pre-approved.  Chris and Holly fell in love with the fourth home we looked at, I expedited the paperwork, and now they're preparing to celebrate their first anniversary in their very own home.

P.S.  Who's the next couple you'd like to see in their own home?  Be sure to give me a call to discuss how we can let them know about my services. 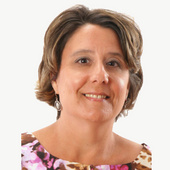