Why Buy A Home in La Verne California

Why Buy a Home in La Verne? La Verne maintains a council-manager form of government. Residents are stockholders in a municipal corporation, electing a mayor and four council members at large to represent them. As elected representatives of its citizens, the City Council develops and establishes ordinances and policies in the best interest of its citizens. The City Council acts as a part-time board of directors, appointing a City Manager to conduct the City's day-to-day affairs. Citizen commissions advise the Council on planning, senior affairs, drug & alcohol resistance and beautification.

Why Buy a Home in La Verne? Another attraction is The University of La Verne was founded in 1891 as Lordsburg College by members of the Church of the Brethren who moved west from the Midwest to settle a new land. Both the College and the agricultural community were renamed La Verne in 1917, and in the 1920s and 1930s found three-quarters of the student body in teacher education. The next three decades saw campus facilities multiply fourfold, the Board of Trustees become independent of church control, and the student body increase and become more cosmopolitan without the College losing its commitment to service or its dedication to sound, people-centered, values-oriented education.

Back in 1955 the College was accredited by the Western College Association. Within the decade it awarded its first master's degree, and in 1979 it conferred its first doctorate. But in 1969 La Verne began offering degree programs off campus which was a new concept, and the following year it opened its College of Law. After instituting these profound changes in size and scope, the College reorganized in 1977 as the University of La Verne. Now, the University of La Verne is made up of two colleges and three schools: The College of Arts and Sciences, the School of Business and Economics, the School Organizational Management, the College of Law, and the School of Continuing Education.

Randall, Welcome to the Rain! Active Rain is a great place to share your knowledge, expertise and thoughts, as well as network and learn so much from the vast pool of talent already onboard. I look forward to reading your upcoming posts. If you would like to connect with me on ActiveRain, please subscribe to my blog!

Welcome Aboard and Much Success 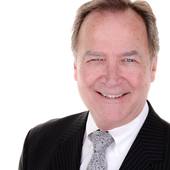