Are Gleaming Hardwoods Supposed To Be Bumpy?

Back in October of 2010 I wrote a blog rant about my friend's home and Bank of America's incompetence in the short sale and deed-in-lieu process.

Well about 2 months ago we have finally got the property into the Deed-in-Lieu Department.  Remember, the house has been VACANT since December of 2008 and Bank of America single-handedly lost 5 buyer contracts during the short sale process.  The buyer (a soldier serving in Kuwait) requested to be moved for Deed in Lieu in May of 2010.

After multiple calls and emails, BEGGING them to get this right, we finally got a real contact who responds to emails in Deed-In-Lieu.   It turned out that the house had a front foot assesment that had not been paid (the owner was in Kuwait) and there was a lien placed on the home. Per Deed-In-Lieu, they could not move forward with the Deed-In-Lieu review unless the lien was cleared.  I negotiated the payoff, made the payment in person to expedite the release, and was re-imbursed by the seller.

The BofA inspector found that the property had not been broom-cleaned and that there were issues in the home.  The original realtor had paid for plumbing and dry wall repair after the pipes froze.  I knew the house had been cleaned out except for one trash can left in the living room with a few dry wall pieces, but didn't understand the other issues. No one has been in the house for almost 6 months.  Since I was in the area, I went to check out the house.

Here is what I found: This is a travesty.  This was a beautiful home. I know gleaming hardwoods are not supposed to be bumpy!  I wonder how much mold had built up under those warped floors?  If Bank of America had dealt with this properly, this home would not be in dis-repair.  We are now being told that Bank of America may not accept the home as a Deed-In-Lieu because of the condition of the home!

How many other homes are in this condition due to the big banks delays?  How many will problems will the new buyers face?  If you are looking at foreclosures, just know that this may be what you are in for.  Be wary of long-vacant properties!  6 months ago, the home didn't look like this!

This seller has tried to do everything right.  They tried to sell the property.  Home prices dropped, she worked with the realtor and the bank to sell the property as a short sale.  5 blown contracts later, she got tired of the stress and asked for a Deed in Lieu.  One year later the bank may not accept it because the home is in dis-repair!

When are the big banks going to take responsibility for their hand in this mess?  Bank of America got a ton of money in the bailout, where is that money?  How could they have possibly gotten this so wrong?

Are Gleaming Hardwoods Supposed To Be Bumpy?

Hi Bridget - I have no idea how the BoA remains in business.  Their business practices are atrocious.

Oh no!  This just makes me sick.  A beautiful house that could have been a happy home months ago is now in disrepair.  This poor homeowner must be beyond frustrated!

Amazing that this is in such disrepair.....I'm with Stacey as to the frustration level....amazing!

Conrad,  They are in business because they got a HUGE bail out using our money!  This property has an FHA loan, I assume they have an incentive to keep the loan on their books and continue getting the mortgage insurance!

Stacey,  My stomach turned when I entered the home!  Beyond frustrated is an understatement.

Larry, It is really sad.  Hundreds of calls and emails and Bank of America continues to amaze me!

OUTRAGEOUS. This is becoming more prevalent and should be addressed at the highest level. It's long overdue for the government to step in.

Bridget, what is outrageous is BofA does this over and over again. Your story should be in the Washington Post. Keep writing as you will make a difference.

Bridget - What can I say that hasn't already been said - unbelievable and I feel really bad for the sellers.

Ellie,  Unfortunately the "highest level" are the folks causing this mess! It is criminal!

Emily,  I tried the Baltimore Sun,  maybe I will try the Post.

Kristine, The sellers have pretty much moved on.  The husband has been in Germany for almost 2 years now, and the wife just finished a year in Kuwait and has been stationed in Georgia.  I feel the most sorry for the neighbors!

Bridget ~ I just don't get it, this benefits who? This entire situation makes me sick.  I feel a rant coming on.....

Diane,  It has completely been mis-handled.  I spoke to the original agent and they have closed 10 short sales (several with BofA) since this all began!  Rant away!!

I just saw this post on the my http://www.facebook.com/reallybankofamericareally page and I still cannot believe this bank is getting away with all of this and the media isn't getting a hold of it and exposing them! It is so scary that they can continue to get away with bringing down the values of our neighborhoods by their negligence! I hate this bank! Thanks for your comment and support of my face book page:) 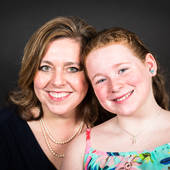