So, here's my first blog ever on AR, and as luck would have it, it's a rant!  I have a client that I met at an open house that I was working with an agent that I work with closely.  On a certain Sunday, this borrower comes in to look at the house and lo and behold, he has no one, NO ONE, representing him in either the loan or buyer's agent department.  Why, you ask?  Well I too was curious and so I engaged him in some conversation and found out that he had gone to a local mortgage company and had been told by their resident loan officer that he wouldn't be eligible for a loan until February of next year because of some credit issues.  While he was lamenting his situation, I asked him if he'd allow me to review his credit file to see what the exact problem was and to see if I could assist him in any way.  I asked him if he'd like to set up an appointment to meet me at my office on Monday and he asked if I would be willing to look at it right then and there.  I stated, "oh, you have it with you?" and he responds, "No, I have it at home but I'll go get it and bring it back to you."

Now mind you, I've been at the open house for about 4 hours and we're about to close up shop and go home in 10 minutes, but the expectant look on his face tells me that Monday will be too late.  I tell him to run along and get it and he races out of there.  We pack up the open house and my realtor associate hits the road, leaving me there in the driveway waiting for Mr. Hopeful Buyer to come back...and then I start thinking that maybe he won't be back and like a fool I'm waiting in my car parked in the driveway of an empty house...what will the neighbors think?

30 long minutes later, Mr.  Hopeful Buyer comes screeching around the corner, hubcap flying, and pulls in behind me.  Jumping out of his car, stack of papers in his hand and a lop-sided grin, looking like he just won the lottery, he comes over and hands me his bounty.  I then spend the next hour reviewing his credit, going tradeline by tradeline, and discovered that the issues with credit were actually caused by some erroneous reporting, and could be resolved rather quickly.  Now, I have a background in credit repair and so I told him that if he liked, I could try to help him resolve these issues and possibly get him approved for a loan.  (Why not, I do that for my realtor associates in order to get more deals into their pipeline.) He readily agreed and said that the other loan officer hadn't even gone through the credit with him, just glanced it over and said no can do and basically ushered him out the door, asking him to come back in 10 months and give her the business at that time.

I spent about 2 weeks working on his credit, fighting with creditors and credit bureaus alike, and finally got a few of the items resolved.  Not all of them, mind you, just the ones I needed to get him the approval.  I called him 2 weeks and a day from our initial meeting, with DU approval in hand, and told him, "You're approved!"  When I met with him to explain what happens next, I advised him that he could go back to the original company he had been to or I could continue helping him out and, if he didn't already have one, I could refer him to a realtor.  He decided to let me assist him with his loan because, as he put it, "I wouldn't even be in this position had it not been for you taking the time to help me fix my credit."  True perhaps, but what I did with his credit, he could have done himself, had anyone taken the time to show him.

To make a long story short, and to get to the rant, he started working with my realtor associate and they went out to see many homes together.  On a certain day, my borrower came across a home for sale, while he was driving around with his wife.  As luck would have it, the listing agent was there and so my borrower stopped and asked him if he could just "look at the house real quick."  The listing agent agreed and let him in.  Well of course that would be "THE HOUSE" and my borrower excitedly called me to let me know.  Now what happens next is where the lines get blurred.

The listing agent then asks him if he's working with someone...my borrower says yes and that he's going to call him right away to submit an offer.  Listing agent then pulls this card, "well, normally, the agent that shows you the house is the one that should get to write up the offer."  Naive and confused, my borrower agrees and offer gets written up by listing agent.  I get the phone call right after he signs the RPA, asking me to hurry up and forward the pre-approval letter to the listing agent.  After a brief conversation with my borrower about the fact that he jumped ship on the realtor that had spent 2 months religiously showing him homes at all hours, I went ahead and sent him his approval.

Well an awkward situation turned even more uncomfortable.  It turns out that this particular house requires the borrower to by pre-qualified by their lender.  I then receive a phone call from the listing agent asking if I could be so kind as to forward a copy of my entire file so that they can review it and issue their own approval..."a slight technicality" according to the listing agent.  I agree because although I've invested a lot of time and effort, I know that my borrower really loves this house.  A few days later, their resident lender signs off on the approval and the offer gets submitted.  Three days after that, can anyone tell me what happens?

Yup, you savvy peeps guessed it.  The seller sends a counter accepting the offer with one caveat...that the buyer use their lender!  Why? Because they're used to working with that lender and have more confidence that it will get closed, yada, yada, yada...oh, and they'll pay for the appraisal too! (as an incentive, you know...)

What do I do?  My borrower is frantic...what if he loses the house because he doesn't agree to that stip?  I do what I think anyone who puts your clients needs in front of your own...I tell him to use their lender and add that if he needs anything additional from his file that I will forward to the other lender.  Why?  Because I've learned that where one window closes, another one always opens...and because my ability to show priority to my client's needs above even my own will always bring me more good karma(at least that's what I tell myself..) and because maybe the listing agent will get a flat tire during rush hour traffic on the hottest day of the year when he goes to pick up his commission check...

That is an unfurnate situation, but from my perspective you have taken the high road.  Making Ethical decisions in the face of others making unethical decisions is not always easy, good for you.

You will be rewarded in the long run for the ethical decisions you make.

They can't require the borrower to use a specific lender but they also don't have to accept his offer.  I'd call the agents broker and let them know that requiring a lender isn't a condition of making an offer.  Hopefully the broker will intercede and the borrower can keep working with you.

Melba: Very interesting story! This is the world of real estate, I hate to say!!! I think if I were you I would have made sure you had him as a client. Not being from the world of mortgages I don't know how that would work but here is another thing: When he called you to tell you he had found a house you should have told him since you did all the work you need to make the loan. I find that there is always a way--if you did it once (allow them to buldoze you) you will have it happen again and again--you need to let it be known that you don't work for free.

@Shane-I honestly believe that to be true...thanks for the words of encouragement!

@Bryan- Yes, it's a weird catch 22 because by forcing my hand, I could blow the deal for the buyer.  It's sad but this goes on a lot, and the broker is well aware of the gray area their treading because the realtor who had been working with the buyer previously called him to tell him what he thought about their business practices...sadly, it fell on deaf ears.

@Paula-I hate to think that in a field and at a time where we're all just struggling to make our way, some people still haven't learned a lesson from what happened in the world of real estate.  Greed still reins supreme, I guess.  Unfortunately, it doesn't work the same way with loan officers and their clients...there is no way to make them stay with me.  They're allowed to "shop around" as part of the consumer protection laws, etc.  Interestingly enough, I have another similar case but with that one, my borrower decided to stick with me at the risk of losing his shot at the house....sadly, he did lose it because as the listing agent said, a "better offer" came in. Hmmm...

Melba, so sorry for your misfortune.  Good Karma will cause your next deal to go smoothly!  Wishing you all the best.

These stories make me sick to my stomach.  Unfortunately, they happen too often.

@Cindy-  Thank you...and yes, more white space would make it much easier on the eyes!  My rant took over my better judgement.

@Lisa-  Yes, it does happen a little too often and there's not much in the form of contracts with lenders to keep it from happening.  But you know where one window closes, another inevitably opens. =) Thanks.

Hi Melba!  Congrats on your first AR blog post...I'm so sorry it had to be about such an experience however.  You did the right thing however and took the higher road.  BTW, I love your "flat tire on the hottest day of the year" ending.  ;-)

Karen-  I think I solidified my own belief that bad news/complaints always seem to ring louder than good ones...I christened my AR debut with a rant!  Still working me way up to a rave...thanks for posting your words of encouragement! 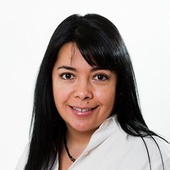 over 11 years ago
bookmark_border
How to get out of your underwater house and live t ...
View more Recent Posts   arrow_forwards