Here are 16 tidbits of information

that are impacting the housing market:

1. According to Zillow, 28.4 percent of all single-family homes with a mortgage in the United States are now underwater

2. According to Zillow the average price of a home in the U.S. is about 8 percent lower than it was a year ago and that it continues to fall about 1 percent a month

3. U.S. home prices have now fallen a whopping 33% from where they were at during the peak of the housing bubble

4. During the first quarter of 2011, home values declined at the fastest rate since late 2008

8. Historically, the percentage of residential mortgages in foreclosure in the United States has tended to hover between 1 and 1.5 percent. Today, it is up around 4.5 percent

9. According to RealtyTrac, foreclosure filings in the United States are projected to increase by another 20 percent in 2011

11. Sales of foreclosed homes now represent an all-time record 23.7% of the market

12. 4.5 million home loans are now either in some stage of foreclosure or are at least 90 days delinquent

13. According to the Mortgage Bankers Association, at least 8 million Americans are currently at least one month behind on their mortgage payments

14. According to a recent census report, 13% of all homes in the United States are currently sitting empty

15. In 1996, 89 percent of Americans believed that it was better to own a home than to rent one. Today that number has fallen to 63 percent

16. According to Zillow, the United States has been in a "housing recession" for 57 straight months without an end in sight

Oouch! The truth hurts when you look at it like that, but it doesn't surprise me in the least! 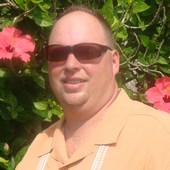