After seeing the movie the social network about Mark Zuckerberg and Facebook, I couldn't really get behind the guy.  Yes, what they have accomplished is amazing, and you have to give them mad props for putting together something so prolific, but you want your hero to have that "do-the-right-thing" kind of persona, and I didn't get that from the movie.  Zuckerberg is more like an evil genius who capitalized on an average idea from the Winkelvoss twins, lost his virtue with Sean Parker of Napster fame, and ending up bumping a founder who was there for him with the cash to start that business.  No loyalty.  Obviously, it's Hollywood, but I didn't come away from it thinking, "Wow, what an amazing guy."

You can feel that way about Reid Hoffman, especially after checking out this article:

I enjoyed reading this article.  I am just starting to realize the value of Linked in.  There is not a lot

of hype about this social media website.  I am still trying to figure out how to work it to my advantage

other than linking to people.  I am sure you can advise me.  Looking forward to learning more. 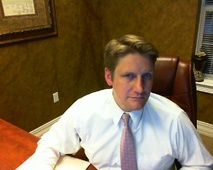