I finally got the call from my wonderful DC clients that they had a contract on the home they had been trying to sell for the past six months. "Yay," I told them, "Now we can get serious about looking for your dream home down here in Charleston."

"Not so fast." Iwas told. And my buyers went on to explain that they wanted to wait until they closed on their current home in the end of June, pack up all their belongings, move them into a short-term rental property in Charleston and only then begin to look for that dream home.

My excitelment for them took a nose dive when I thought about all the extra time and money they might waste (and lose) if they did it this way. I understood that they only had about six weeks to get a lot done... he had to transfer his law practice over to its new owners, packing AND finding their new home. But she's retired and extremely organized. And I knew they had done a great job of "de-cluttering" prior to putting their home in DC on the market and had many boxes already in a storage facility, ready to go right into a truck. And since they'd already been to Charleston on three "previewing" trips, we all had a very good idea of exactly what and where they wanted to look for their next home.

So, when I heard the great news about the contract on their home and the conditions - 6 weeks until closing - I struggled with how firmly to resist my buyers' (who had also become friends over the past two years) idea to essentially conduct a two-step move and all that entails. Besides the time and money issues, my other rationale include the following:

Again though, I am worried about pushing too hard. My buyers are feeling the stress that all sellers do after going through negotiations and hoping that they reach a successful closing. Obviously I wasn't involved in that process and don't know if it was amicable or contentious. What I do know is that I want to be a facilitator to the process, not someone who adds to their stress.

To that end, I've put my concerns out there and will abide by their decision now that they have the benefit of my thinking that they can add to their decision-making process.

That is a tough position to be in.  All you can do is to give the facts.  I would tell them lets look at some homes with the idea that lets just see what is out there.  Subtle is usually better and maybe they fall in love with a home.

Nice post. I would copy, cut, and paste your bullet points into a email. Pretty much sums up you concerns. 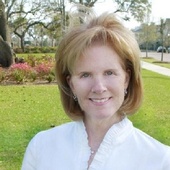