It's all about conformity. Resale value of a home is usually based on the "standard or prevalent upgrades" of the neighborhood or tract. This is an important fact for homeowners and sellers to consider, and it becomes more relevant in older neighborhoods because new tracts have fairly similar features. True, a new tract will have the "builder's basic" and the "builder's upgrade", but they are easy to put valuation on and will not deviate in a large degree or make a home unsalable.

Why would you want to keep up with the Jones's? The key word is "keeping up", not "overdoing". Homes that have improvements quite a bit above the general neighborhood will NOT sell very much above the average home in the neighborhood. KEEPING UP: Creativity over expense can bring big returns. A home in disrepair in a neighborhood of conforming but not fancy homes will fetch a bottom price. Features like replacement windows and new front door, bathroom and kitchen REFURBISHING with updated appliances keep the property within the "standard" for most neighborhoods. The "keeping up with the Jones's (trend)" comes into play when outdated wallpaper should be replaced by crisp new paint and a rickety patio cover should be torn down or replaced. Before tackling a remodeling project, it's a good idea to talk with local Realtors. They know what's an asset and what's a White Elephant! OVERDOING: Imagine a 3000 square foot house which has a newer add-on and as well as travertine flooring, granite counters, crown moulding, greek columns etc. on a street with 1500 square foot single story 1970's homes. It will NOT sell for twice the neighbor's price! It's an old adage with smart buyers to purchase the lowest valued home in a neighborhood, rather than the most improved (usually highest priced) home on the street.

You can't change the neighborhood by improving just one house.

There is no improvement of a home that will all come back in price at resale.

There are a lot improvements that seem wonderful but, infact, make a home so unique as to appeal to only a minority (or sliver) of possible future buyers.

I totally agree with you. While homeowners can and should adapt their homes to a lifestyle that suits them, some alterations are disastrous.

Except for the new front door, it's unlikely the cost of refurbishing will be recouperated 100%. So I tell my prospective sellers to only renew cosmetic features whenever possible and not spend money on an entire kitchen redo if they plan to sell in 6 months.

I just saw an example of this last week.  The house I lived in for 25 years is for sale and I went to the open house.  I took a drive up the street (dead end) and was shocked how run down the neighborhood as gotten...then I saw one house with major renovation and landscaping...twice it's original size...gorgeous.  But, it's surrounded by neglected, run down homes.  They will never get their investment back on those improvements in that location.

Sharon, it's sad to see a neighborhood go to pot. Even in neighborhoods where half the homes are kept up and half are neglrected, the seller of a nice average home suffers greatly if located across the street from an eyesore.

Great point you have made, and if you over-improved, know you will be able to enjoy these improvements, not necessarily reap the benefits when selling.

Joan, there is an additional thought about improvements. If done unprofessionally, i.e. poor workmanship, even improvements with nice materials will not yield the desired return.

May 31, 2011 06:14 AM
LIKE
#8
Show All Comments
Older Post Newer Post
Back to Top
Generate More Leads from this Listing
With a Trulia Pro Account
Learn More
Find what you need?
See More Blog PostsAbout Real Estate! SEE MORE NOW!
Rainer
144,150 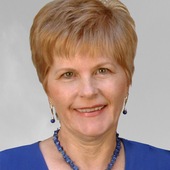