Servicers participating in the Home Affordable Foreclosure Alternatives program started another 2,089 short sales and deeds-in-lieu of foreclosure in March, according toTreasury Department data.

The Treasury launched HAFA in April 2010 to provide homeowners who fall out of the Home Affordable Modification Program another option. In nearly one year of operation, participating servicers have started 12,266 HAFA agreements and completed 5,447 transactions. In March alone, servicers completed more than 1,000 transactions.

Short sales have long been considered a headache for nearly every entity on the decision-making chain. The Treasury designed HAFA to provide a structure and timeline, one of the first structural guidelines for the process. Many private banks built private initiatives around HAFA.

More than 1.8 million loans have either failed to qualify for a HAMP trial or were canceled out of one by the 10 largest servicers because of a lack of documentation, didn't qualify or redefaulted under the new terms.

While more than one-third of these received an alternative modification, 388,000 had foreclosure started or completed on them, accounting for 21% of the canceled mods, according to Treasury data.

By contrast, servicers put nearly 120,000 of these failed or canceled HAMP trials into a short sale or deed-in-lieu, or roughly 6.6%.

Jordan Dorchuck, the executive vice president of American Home Mortgage Servicing sent a white paper to the Treasury Friday making the argument for more short sales and even principal reduction. 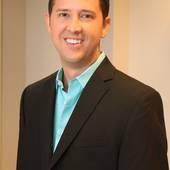