Yesterday I attended an event at Sydneys waterfront convention area and while I was waiting for the event to start I took a walk along one of the wharfs and I was surrised to see a familiar sign for an unfamiliar item, you see Ray White are a franchise real estate group in Australia which I would comare with say, Keller Williams, everyone has heard of them and they have offices everywhere. What I was surrised to see was this boat or yacht that had a Ray White Marine Auction sign on it. Now it stands to reason that if you auction homes you might consider auctioning other items but it looks like they are a ste ahead and are already established as Marine brokers, which was all news to me. What would you say if you found out that your franchise group was selling marine? Interesting concept don't you think? Hi Geoff, were they going to "auction off the boat" or was it up for sale?

Hi Clint, an Auction is just a For Sale with a date on the end usually four weeks from when it comes on the market. The boat or house that is going to Auction is For Sale from the very first day, if it has not sold within four weeks then it is Auctioned for the best rice on the day, if the best rice is not the owners idea of best rice then it continues to be For Sale. The Auction process condenses time, and buyers feel compelled to 'buy before Auction' so more Auctions are sold in 3 weeks than 4 weeks while many For Sales are on the market indefinately. Think about it, For Sale with a date on the end. 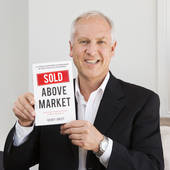