I signed on today and realized that I had surpassed the 50K mark. There was no fanfare, no alarms going off to tell me that I had won a prize. I mean, what's going on? Isn't this what Active Rain is all about?

That's what I thought when I first joined AR. I wanted so badly to move up in the rankings. I optimized my profile, linked to my website, tried to invite about 50 people (of whom 1 joined and hasn't posted anything because he's afraid to) and I commented on exactly 10 posts a day. Truth be told, it didn't really get me very far. I really didn't get it, did I?

Along the way, I met some very interesting people and I learned so much from what I read here. I began to interact with some of the other people and started to see that this was so much more than what I pictured when I first read about the free marketing opportunity that AR offered. There was an article in Realtor magazine that got me interested, so I signed up. Now, I'm afraid that I'm addicted.

There's a reason Active Rain is so addictive. It's the people. The ideas that are shared, the subjects that are debated, the communities that are formed, even the litte spats that erupt from time to time are what makes Active Rain so enjoyable and so darn addictive. I thought I'd take a few minutes, in Active Rain style, to acknowledge some of the people who have made an impact on me in my short time here on AR.

Jason Sardi  I'm sure everyone knows who he is, so I won't bother trying to introduce him. I can say that he's been a great inspiration to me and I find myself following his blog posts like a groupie, waiting for another glimpse of his raw uncut talent.

WooHoo Sally I'm sure everyone knows Sally as well. I don't think I've ever seen a negative thing come out of this woman. She's kind, smart, funny and truly a huge part of what's good about AR.

Rosario Lewis Rosario has commented on almost all of my posts. Way before I ever knew about reciprocation and how important it is, Rosario was there. I hope that we get to meet someday. We'll go to La Tolteca and enjoy some real Mexican food.

Diane Velikis Diane started almost the same time I did and has always been right there with me. Her posts are so warm and full of love and wisdom that you can almost tell by reading her blogs that she's a doting grandmother who loves God. Even though she didn't come to work with me, I still feel like we're part of the same team.

Lola Audu Another great of AR. This woman can write!!! Yes, Lola, I am a fan and I don't mind admitting it at all. If my blog ever develops even a small fraction of the intelligence and class yours has, I'll have achieved more than I ever thought possible.

Adam Waldman Adam's comments are always so thoughtful and insightful. I know I can always count on seeing something of great worth when I see Adam's name next to it.

Jason Crouch Another Jason, this one on the other coast, that has really been a great help to me. No, I'd say he's become a friend to me and can always be counted on to hold a conversation, even very late at night.

Missy Caulk I'd be missing a huge part of my AR experience if I left Missy out of it. Supportive, kind and oh so knowledgable, Missy is as much a legend as she is down to earth and approachable.

There are many more in my "subscribed" list that I haven't mentioned here. I hope I haven't offended any of them by not including them here. I thank all of you for your support, kindness, willingness to share and most of all, for making AR a much more enjoyable place to be. Show All Comments
Jason Crouch
Austin Texas Homes, LLC - Austin, TX
Broker - Austin Texas Real Estate (512-796-7653)
Hey Andrew - Congratulations.  I also hit this milestone yesterday.  Next up - 100,000!  Keep up the good work, and thanks very much for the mention in your blog.  We should talk sometime on the phone if you have a chance.  Have a terrific week!
Like
Randy L. Prothero
eXp Realty - Hollister, MO
Missouri REALTOR, (808) 384-5645
Congratulations on hitting the 50,000 point mile marker.  That is a lot of information shared.
Like
Andrew Trevino
ADT Real Estate - Wilkes Barre, PA
Wilkes-Barre Homes For Sale

Bob and Carolyn---Thanks very much!

Pattie---Yes, it'd be easy to miss out on AR's true value by focusing on the points. Thanks for stopping by!!

Nathan---Thanks for the compliment and the comment. You're always welcome here!

Gary---You mean I have a style? LOL Thanks for stopping by!

Jason---Yes, we should talk by phone sometime soon. Thanks again for your continued support and congrats on your 50K achievement as well!!!

Randy---I've gained way more than I've contributed, that's for sure!! Thanks for the comment.

Like
Matthew Rosov
Amerisave Mortgage Corporation - Laurel, MD
Certified Mortgage Planning Specialist
50,000!  From a fellow competitor - Congratulations.  How long did it take? ;-)
Like
Jason Sardi
Auto & Home & Life Insurance throughout North Carolina - Charlotte, NC
Your Agent for Life
You do 'get it' Andrew, you really do!  By the way, I've said it before and will say it again, you are way too good to me.  You are fast becoming one of the better bloggers around and your business should prosper accordingly.  As far as the 50,000 points, congrats....but I'm on your tail:-)
Like
Andrew Trevino
ADT Real Estate - Wilkes Barre, PA
Wilkes-Barre Homes For Sale

Matthew---Thanks a bunch! It took me about 4 months to get here. We'll see how long it takes for the next milestone.

Jason---I tell it like it is, my friend. I appreciate the compliment. It means a lot coming from you. I welcome you surpassing me, my friend. You deserve to be back at the top and I'll help all I can to get you there!

Like
Diane Velikis
Coldwell & Banker Busch Real Estate - Luzerne, PA
Luzerne County Real Estate
Andrew, Congratulations!!!!!  Thanks for the mention in your post, A doting gramma, you mean I'm that obvious  LOL. You are a huge inspiration to me. I feel as though we are on the same team as well! Blessings for another 50,000!!!!
Like
Andrew Trevino
ADT Real Estate - Wilkes Barre, PA
Wilkes-Barre Homes For Sale

Thanks very much! And, yes, you're that obvious!! Don't change for anything.

Like
Lola Audu
Lola Audu~Audu Real Estate~Grand Rapids, MI Real Estate - Grand Rapids, MI
Audu Real Estate~Grand Rapids, MI ~Welcome Home!
Congratulation Andrew!  50,000 Points represents a lot of hard work!  Thanks for the many times you have visited and left a comment and for mentioning me as a source of inspiration.  It's very humbling.  Best wishes for the next 50,000 and counting!!
Like
Andrew Trevino
ADT Real Estate - Wilkes Barre, PA
Wilkes-Barre Homes For Sale
Lola, it's more of an honor to have you visit my blog. Thanks for taking the time and for the comment.
Like
Celeste "SALLY" Cheeseman
Liberty Homes - Mililani, HI
(RA) AHWD CRS ePRO OAHU HAWAII REAL ESTATE

Woo Hoo to Andrew!  I thank you for all you have contributed to Active Rain thus far....Congratulations and will look forward to the next 50k!
Like
Andrew Trevino
ADT Real Estate - Wilkes Barre, PA
Wilkes-Barre Homes For Sale
Thanks very much Sally. I've received much more than I've contributed. I hope I can even the score a bit.
Like
Adam Waldman
Westcott Group Real Estate Company - Hauppauge, NY
Realtor - Long Island
ANDREW:  Nice job on this.  Too often the posts celebrating points are about absolutely nothing but someone asking for congratulations.  I had a feeling that yours wouldn't be like that, as it doesn't appear to be your style at all.  Thank you for the mention, and for the mentioning of others that have made your AR experience a good one.  That must have been a difficult list to make with so many great people being here.
Like
Brian Block
RE/MAX Allegiance, Managing Broker/Branch Vice President - McLean, VA
Northern Virginia & D.C. Real Estate

Heck, Andrew, I didn't get a prize either.

It was an extremely difficult list to make and I did leave some important people out. I'm grateful to everyone who has made my experience here a great one. I have to give credit where credit is due. Thanks for stopping by again and for the nice comment.

Absolutely!!! Those things I have definitely received and I'll take that over a prize any day.

Congratulations on this huge milestone. It is a very large one and I'm glad to see that you have found your must reads. The milestone I can't wait to reach is my $50,000 in commission checks directly related to Active Rain leads and referrals. That is one post I can't wait to write!

Thanks very much. It'd be great to convert the points to dollars, wouldn't it? I can't wait to read your $50K post. That will surely be a great read.

Like
Missy Caulk
Missy Caulk TEAM - Ann Arbor, MI
Savvy Realtor - Ann Arbor Real Estate
Andrew I am so sorry I missed this. Jeff Belonger was have us search our names to see who had mentioned us and you had mentioned me. Thank you so much for the compliment. GBY.
Like
Andrew Trevino
ADT Real Estate - Wilkes Barre, PA
Wilkes-Barre Homes For Sale

Not to worry. I'm glad you made an appearance here, but it's not necessary. I appreciate your inspiration. Thanks again. 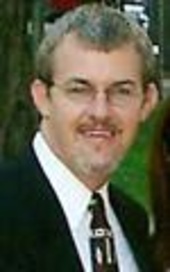