The University of Texas are not just known as the "Mean Green", they will also be known for saving bees.  Bees?  That's right, bees!

A huge colony of bees were discovered on the campus in Denton, Texas, living in the walls a the school's Radio, TV and Film building. The university had been willing to leave the bees there until the bees showed aggressiveness. Just one of the many colonies had been living within those walls for 18 years!

Originally, the bees (numbered in the millions) were scheduled to be exterminated but once the workers sawed into the wall, the bees, their hives, and even parts of hte the wall were coming out. UNT decided to save the bees.  "They investigated and realized there was damage to the building, so they had to remove them, and remove them safely," a UNT official said.

Stay clear of the area today because the bees will be vacuumed and given to local beekeepers, where they can recolonize.

I got stung by a bee a few weeks ago, it's been about 30 years since the last time i was stung, really hurt and the sad thing is the bee lost his ife...I can only imagine the sound that comes fom that hive!

Ugh, it's been a long time since I've been stung, but hard to forget that sting!

First time I have  heard that an "organization" would take on the extra work and expense of relocating instead of exterminating. They should be commended.

@Maria, I know, can you believe it?  I was surprised to hear about that level of conserving too! 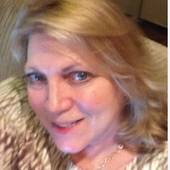