Temperatures are up and finally there is a summer feel to the air.  Hope everyone got out and enjoyed it. What better way to enjoy the weather than in Wilmington? There is so much to offer here. Beach, Sun, Sand, river...its all here.  If you are thinking of moving to the area email me and lets get you settled in the perfect home.

Property searches have picked up. Buyers are out there and this is the time of year to have your home on the market. There is steep competition with the amount of inventory,but if  priced correctly there is no reason why we cant get it sold!

Currently there are 2065 single family homes on the market about 100 less than last year. 227 homes are under contract and in the last week there were 27 homes closed.

Existing-home sales slipped in April, although the market has managed six gains in the past nine months, according to the National Association of Realtors®.

Existing-home sales1, which are completed transactions that include single-family, townhomes, condominiums and co-ops, eased 0.8 percent to a seasonally adjusted annual rate of 5.05 million in April from a downwardly revised 5.09 million in March, and are 12.9 percent below a 5.80 million pace in April 2010; sales surged in April and May of 2010 in response to the home buyer tax credit.

Lawrence Yun, NAR chief economist, said the market is underperforming. "Given the great affordability conditions, job creation and pent-up demand, home sales should be stronger," he said. "Although existing-home sales are expected to trend up unevenly through next year, unnecessarily tight credit is continuing to restrain the market, along with a steady level of low appraisals that result in contract cancellations."

Foreign Buyers still think the US is attractive

The U.S. continues to remain a top destination for foreign buyers as international purchases surged by $16 billion this year, one of the highest increases in recent years.

"The U.S. has always been a desirable place to own property and a profitable investment," said NAR President Ron Phipps, broker-president of Phipps Realty in Warwick, R.I. "In recent years we have seen more and more foreign buyers coming here to take advantage of low prices and plentiful inventory.

Unemployment in NC remains the same

North Carolina's unemployment rate was unchanged in April at 9.7 percent compared with 9 percent for the nation as a whole, the N.C. Employment Security Commission said Friday.

The number of people employed in North Carolina, however, rose 0.3 percent, to just over 4 million, the ESC said.

Several sectors had seasonally adjusted job growth, including construction, up 1,500 jobs; and leisure and hospitality services, which gained 2,300. 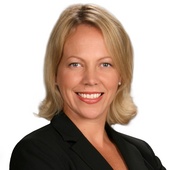