MAKING SENSE OF THE STORY

Bankruptcy laws prevent homeowners from eliminating the debt of a first mortgage if they plan to stay in their home. But second mortgages are treated differently. Second mortgages can be
declared unsecured debt when there is no equity to cover them.

While this strategy has gained in popularity among homeowners, mortgage bankers are not in favor of the practice, and have called it "a troubling phenomenon." However, there is little the
mortgage industry can do, aside from seeking to change the law, which could be difficult given the current partisan lineup in Washington.

In Other News...
CNNMoney
Obama: Homeowners need more help President Obama said that struggling homeowners need even more help from the banks, in a CBS town hall that aired Thursday.

Los Angeles Times
Good-faith estimate disclosures ineffective in helping consumers shop for mortgages A survey finds that most home buyers and refinancers ignore the federally mandated disclosures, which
enable them to compare rates and terms for home loans.

Sacramento Bee
Home prices continue to slide in March both nationwide and across the region, according to figures by CoreLogic.

San Francisco Chronicle
Homeowners who battled banks share success stories of homeowners who feel mistreated by their banks are commonplace these days. Some homeowners actually do get workable solutions, most commonly loan modifications to reduce their payments.

SmartMoney
For second home purchases, cash is now king though investment properties have struggled in the down economy, real estate agents in destinations like Palm Springs and Palm Beach are starting to see bursts of activity again, with a common thread in many second-home markets: Cash is king.

Los Angeles Times
BofA to open more outreach centers for delinquent homeowners Bank of America plans to triple the number of its assistance offices for homeowners in trouble on their mortgages, including adding seven of the new outreach centers in California.

The New York Times
Dealing with higher costs of FHA loans the increased cost of FHA mortgages has shifted the math a bit for would-be borrowers. A home buyer with a down payment of less than 20 percent generally has to pay up in some other way to ensure that lenders are protected against default. 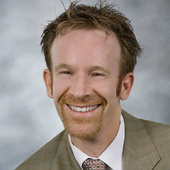