Chartered in 1856 on the banks of the Big Sioux River Sioux Falls has blossomed into a regional center of commerce for the surrounding areas. Sioux Falls is the largest city in South Dakota and is the county seat of Minnehaha County, and has in recent years spread down into Lincoln County to the south as well. Sioux Falls is counted  as among one of  the fastest growing metro areas in the United States. With an estimated population of 156,500 Sioux Falls has been growing at a rate of 2.4% per year.

In the begining the epicenter of the city revolved around the Falls of the Big Sioux River which is now located in Falls Park near downtown Sioux Falls. Ho-Chunk, Ioway, Otoe, Missouri, Omaha, Quapaw, Kansa,Osage, Arikira, Dakota, Nakota, and Cheyenne inhibited the Falls area prior to the arrival of European settlers. These Indigenous people operated an agriculteral based society that had fortified villages. Many of these groups still populate Sioux Falls today.

With the addition of the first European settlers in 1865 the city was chartered. The Dakota Land Company of St.Paul and Western Town Company of Dubuque,Iowa laid claim to 640 acres and worked together for mutual protection. The first winter the City of Sioux Falls had 17 men whcih grew to almost 40 by the next year.

Conflicts in Minnehaha County between Native Americans and white settlers did happen at times but were comparatively rare. During the Dakota War of 1862 the townsite was evacuated and burned to the ground. In 1865 Fort Dakota was established in present day downtown and with it settlers gradually returned to the townsite.

With the arrival of the railroads the population of Sioux Falls boomed to over 10,000 by 1890. The growth of this period, later named the Dakota Boom , was from agriculturally based industry. At this point in histroy Sioux Falls had one of the largest stockyards in the nation.

Sioux Falls has grown rapidly since the 1970s, especially after a changes to usury laws in 1981. This change allowed credit card companies more leeway in determining interest rates to their advantage. Due to this change Citibank decided to relocate its primary credit card center from New York to Sioux Falls. Other credit cards companies followed suit after this. Today the city's economy has drifted away from it's agricultural roots and has an ecomoy more based on health care, finance and retail trade.

Sioux Falls is also home to four major hospitals: Sanford Health, Avera McKennan, South Dakota Veterans Affairs Hospital and Avera Heart Hospital of South Dakota. Due to the size of these institutions Sanford and Avera Mckennan are the respectfully the first and second largest employers in the city.

Due to large distance between Sioux Falls and other large cities , Sioux Falls is an important regional center for shopping and dining. The largest area of concentrated retail is at The Empire Mall in western Sioux Falls which includes over 180 different stores for your shopping pleasure.  Also notable is the downtown area which has alot of specialty shops resturants and pubs. Due to growth on the East side of town there has also been a bloom of retail centers in the section of town as well.

Sioux Falls features a network of more then 50 parks and greenways dispearsed throughout the city. The most notable  is Falls Park  which includes the city's namesake waterfalls. McKennan Park is also notable as being one of the oldest parks in the park system. My personal favorite feature of the Sioux Falls Park System is the 16+ mile paved biking trail which winds around the course of the Big Sioux River.

Sioux Falls boast hot and humid summers and cold, dry winters. Average snowfall in the region is about 40 inches a year. Additional precipitation comes in the form of rain during the warmer months in the amount of around 25 inches.

Some interesting community landmarks are: The Washington Pavillion of Arts and Science, The Great Plains Zoo and Delbridge Museum, the USS South Dakota battleship memeorial, The Old Couthouse Museum and The Pettigrew House Museum.

For additional information concerning our wonderful city please give me a call. 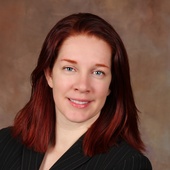