Old Fort Myers is an area along McGregor Blvd that many people enjoy going out of their way to drive through to appreciate the beautifully maintained historic homes and neighborhoods. It is a popular area where residents and visitors alike get a feel for what Fort Myers was like in the nineteenth and early twentieth century. However, many residents and visitors that appreciate this area of Fort Myers, Florida do not know the exact history of the area, now known as Old Fort Myers.

As a longtime resident of Fort Myers, the Old Fort Myers area has always been a favorite of mine and I never knew that Fort Myers was an actual fort named in honor of Colonel Abraham C. Myers, in 1850. Unfortunately, so many people are unaware that Fort Myers was one of the firsts forts built (in 1841) along the Caloosahatchee River as a base of operations against the Seminole Indians because nothing of the fort still stands today. Yet, if the walls of the fort were still standing today, it would be located on the very grounds that we now know as Downtown Fort Myers roughly within the area bounded by Hough, Monroe and Second Street.

There are many streets in Fort Myers that mark railways, boarders and trails that have been preserved by our modern day road systems. For example, have you ever wondered why Summerlin Road is named Summerlin? Probably not, but interestingly enough it was named after Jacob Summerlin, a cattle baron, who often drove his herds past the old fort grounds to Punta Rassa where they were shipped to Cuba. Just like the trail once traveled by the cattle baron, travelers can, in a way, recount history and still reach Punta Rassa by way of Summerlin Road.

One very well-known piece of Fort Myers history is that it is the birthplace of the electric light bulb thanks to Thomas A. Edison who made his winter home here in 1885. Shortly after the arrival of Thomas Edison and Henry Ford, the "building boom" began in 1898 which included the construction of the Burroughs Home, built in 1901 and located on the corner of First Street and the Edison Bridge. The Burroughs Home, a Georgian Revival Mansion that hosted Fort Myers' elite like the Edisons, Fords and Firestones, set the standard for the homes that followed in the next few years. The elaborately decorated, framed vernacular homes or offices of this period sit along First Street and out along Palm Beach Blvd in communities like Edgewood, Wardwood Grove and Dean Park.

After the "building boom," the 1920s brought about the "Boom Time" for all of Florida and it influentially brought with it the Mediterranean Revival style of several homes to the Old Fort Myers area which is easily spotted along McGregor Blvd. The Mediterranean Revival style is prominent in developments established during the "Boom Time", such as Seminole Park, Riverside Park, Edison Park, Valencia Terrance, Allen Park and Alabama Groves. These communities represent the influence of the growth of Old Fort Myers during this period.

Today, Old Fort Myers is a beautiful reminiscence of a past era that is a crucial part of the neighborhoods, styles and roadways that make up this highly sought after area of Fort Myers. Old Fort Myers will always be a special place for residents to aspire to living and be inspired by the treasures of old architecture and exciting tales of lives of a time long past.

For information about this area or any other community in Lee County, please contact me at 239.689.7653 or email me at Michael@MichaelPolly.com.

Michael I really enjoyed your post today as I called Fort Myers home for over 30 years!  Grew up on the old Whiskey Creek and navigated the waterways with my dad for years.  I know every channel along the Pine Island sound and area waterways!  The Edison home is a great place to visit and according to the old timers Ford and Edison were quite the hell raisers in their day!!  Have a great week

Great history of Fort Myers, which I had not known, and bet there are some wonderful historic homes still standing. 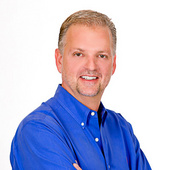 Lee County Florida's Real Estate Market The ins and outs of sticking your toes in the sand when the sun is beating down in December. Finding just the right home or condo in Fort Myers or Cape Coral. Helping people understand to to buy and deal with foreclosures, bank owned REO properties and short sales. Opportunites exist and The Real Deal is my attempt to give you my perspective from the heart of our real estate world here in south west Florida.