I recently staged a home at 4253 SE Washington: I worked on emphasizing the homes natural cozy feeling, and in the livingroom showcasing that warm woodstove. This home was located in a cute neighborhood that is just a a few minute walk to Belmont, a pedestrian heavy street that features many eateries and shops, like the local classic Movie Madness:

An independent movie rental store that has a “museum of movie picture history” alongside the movies to rent. And just down the way there is also the delicious (and Portland famous) Pine State Biscuits:

A restaurant revolving around their fresh baked biscuits and a southern slant (think fried green tomatoes and sweet tea).

It made me think about how lucky we are in Portland at how our neighborhoods are built. Apparently it started in 1972, when the City Council decided to expand and strengthen the connection between neighborhoods and the city. Growing from 60 neighborhoods in the late 70’s to the now 95; each official neighborhood is part of a volunteer association that are ambassadors from their small community to the greater Portland community (and the city government). This connection has helped build neighborhoods around having local stores and restaurants nearby (often within walking distance), it also means that each little community has their own unique flair. To check out the listing for this home and more staged pics, click on the above pictures : )

Hi Michelle - Your staging looks great, and it's pretty cool that you've also aded in some localism to your post. Nice learning about this area.

Michelle, you did a fantastic job staging, the home looks so warm. And like Judy said, I love that you explained the history of the area!

Cute home, glad you were able to sell it.

What a great house! great staging come too! Congrats! 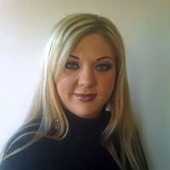