Ok. Let me preface this by saying thank you to everyone involved in this process from the selling agent, to the title company, to my lending officer, and most of all to my client.

I am currently in what seems like has been an endless delay to close a HUD property. The house is a very good purchase for my client, and everything she hoped to get in her new home. I will leave the name of the company (not the local agent, but the company who is representing HUD) out of the conversation, because it is not important.

We initially signed the contract in late March, hoping to have a 45 day close. Immediately out of the gate, I was told that the above mentioned, nameless company and their closing company, were not speeking to each other due to some contract dispute. So, I patiently waited and stayed in polite contact with them to see if there was any kind of a time table on getting a ratified contract. After about two weeks of contacts via e-mail and telephone, I was basically told "don't call us, we'll call you."

So, I patiently waited and kept my client posted with the same information I was given. In the meantime, the financing changed from a USDA loan to an FHA loan. As soon as it did, I informed the company handling the contract, that I needed to do an ademdum to the contract, and additional inspections needed to be done to the house due to the change. I was promptly told that I needed to do better research, because they had never heard of such a thing...(I'm still at a loss on that one.)

Finally on April 27, we get a ratified contract, and the ball begins to roll again...so I thought. I mada all the necessary phone calls, e-mails, etc., and asked the company handling the contract once again about an adendum to the original contract, and was given the same answer. Fortunately we were able to get financing through, thanks to the hard work of the mortgage officer we were working with.

On May 11, I was told that they needed an andendum to the contract, because financing went to FHA...I'd never heard of such a thing! LOL

I did as I was told, and was blamed accordingly for the ball being dropped, but I did not care. The selling agent was in constant contact with me, and blame didn't matter to me, I wanted to get my clients into a home! One week later, after the adendum was overnited to them (with signiture confermation), I was informed that they still did not have all the documentation to do a termite inspection and lead based paint inspection...on a home built in 1985.

Without rambling on too much further, because I think you get the idea, my clients rate locke runs out tomorrow, the inspections and tratments have been done since Monday, and we are penciled in for 2 o'clock tomorrow to close, with a 50/50 chance of it not happening.

I was told at the outset of this process, that this would be a nightmare. I have learned more from this one transaction, than any amout of effortless ones. My client is still happy, and almost excited, I have been sooo educated on every aspect of the HUD process, I have made a good contact with the selling agent (she said many of the agents just throw up their hands and walk away by this point. This is not uncommon with HUD properties, I guess), and I have learned the most important lesson of all...P A T I E N C E ! ! ! You can never rush the person holding the keys to your clients new home, especially when it's the government.

Thank you all for lending me your computer screen to share a story.

Happy selling, and have a great night!!

I hope you close and get that buyer into their new home...ten will get you twenty that you are dealing with someone(s) somewhere that has as little or no experience...

Todd - It is truly a nightmare. I hope no more surprises, and you will close on time without interruption.

Interesting and incredibly similar to a situation I am currently in. We also signed a contract in late March on a HUD home, with our agent "Todd". We have had to extend this closing 3 times! So frustrated at this point, we just want it to be over, but it is nice to hear that this is something many are dealing with and not just us.

Like
#3
Todd McKee
Wainwright & Co. Realtors - Roanoke, VA
Amanda, I'm sorry to hear that you are going through so many delays. I was very lucky...the selling agent, the loan officer, the closing company and I were pretty much the squeaky wheel. One of us was in contact (or attempted contact) every day until we received some kind of answer. The only thing I can tell you is to keep your head up. Don't let the delays discourage you too much. When it is all over, you will have your new home. Don't lose sight of that end, and remember the original excitement you had when you first decided to purchase that home. Good luck, and I'd love to know when it closes. Thank you for your comment, and I'm glad it helped.
Like
Anonymous
Julie

We are going through a very similiar problem with HUD. They accepted out bid in April. We signed a contract and put a deposit.  3 weeks ago we still had not heard about a closing date and after our agent finally got through to HUD they told him that HUD is in a contract dispute with the closing company they use.  No date has been given. Have signed an extension(if we asked for it we would have been charged) signed a sales contract on our home but luckily we know the buyer and can extend the closing on that but not forever!  So this is a waiting game. Do we walk away? Why cant HUD be legally responsible for failure to give us a closing date?  This is a good deal for this home and would not be able to find anything similiar in the price range. Why cant HUD use another closing company? Why cant they hire a lawyer for each single closing?  Put some pressure on them through the media?  Its frustrating. our summer is now put on hold, wedding plans on hold until we get an answer.

Ok. First things first. You have too much time, energy, and emotion invested to just walk away from it. It is a waiting game, but as you read, we truly were the squeaky wheel. Both the selling agent and myself, as well as the title company representative called EVERY DAY. I know it sounds like a lot, but I trully beleive that is how we were able to get results. I'm sure you are working with a good realtor, but if he needs any help, feel free to show him this blog. I will be more than happy to share what I know about it (and I want nothing for it). I just feel like knowlege is power, and I would be happy to help.

Good luck to you, and your upcoming (although delayed) marriage.

The new HUD management companies aren't helping the situation.  If you are not getting anywhere with your transaction, HUD needs to know about it.  Call 1-800-Call-FHA (800-225-5342) and report the problem so they can investigate.  The more people who call, the more likely some of these chronic problems will be addressed from the TOP.

We are having the same issue with getting our HUD home closed.  We are in our first  extension period. Frustrating to know this could only be the BEGINNING of a long wat. Media exposure might get something done...

We are in a similar nightmare in Kentucky. This home is my son's but his Dad and I have been behind him the whole way so it definitely feels like We. My son is purchasing his first home, a HUD home, like the others buyers above it is in the price range that he can afford and we are all doing the work ourselves for the repairs to keep it where he can afford it. They accepted his offer May 4 and things were going great until about 3 weeks ago. Now HUD keeps dragging their feet. He has already gotten an extension on the closing and paid for an extension of his interest rate. He was to close last week but then HUD said they needed 5 days to go over the closing costs instead of 2 days. So the closing was supposed to be today, for whatever reason it was moved to Monday. We were disappointed in the delays but happy to have a for real closing date and time. He had even been notified by his realtor of the amt needed for closing. About an hour later his realtor contacted back and said "spoke too soon". Now HUD says the house needed a termite treatment, the termite inspection was clear--no evidence of termites so why a treatment?. Now HUD says won't close on Monday, won't respond with any information or give any explanation.
His realtor, HUD listing agent and Mortgage Broker have all been on top of everything from day 1 but HUD is being impossible and will not provide information. Every hoop has been jumped through in a timely manner. My son will have to pay again on Monday for another interest rate extension and if the house doesn't close by July 7 he won't get the house at all. He will lose all of the money he has paid for home inspection, termite inspection, appraisal, extension fees and not to mention the two months of wasted time missing low interest rates and other homes. I think HUD is a scam. I am starting to believe that the HUD person over his house has a personal stake in this home, either that or is on a power trip. It is the only HUD home in the county and I am starting to think they have a family member next in line for the home. Hate to say that but it seems like the only explanation that makes any sense at this point.

This is an old thread but the nightmares continue.

I'm in the exact same situation. Put in offer, sent earnest money, completed inspections, have financing approved (and fully funded), but have been waiting on Sage Acquisitions (the M&M) to get the HUD-1 uploaded to this Yardi website so I can close. Each person we have spoke to at Sage has told us they don't work in the settlement department and can't give us the contact for any one who does. As of yesterday, we were basically told "it'll close whenever it'll close". 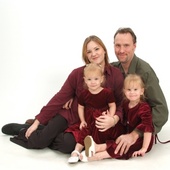