When it comes to Real Estate Commissions, all Real Estate Deals are BIG DEALS!  People have so many misconceptions about how real estate agents work.  That an Agent would have a minimum price for a deal is a good example of a common misconception.  There are no "small deals".  Every deal is a big deal.  Some deals may have small price tags, but they are still very big deals to the people involved.

If you were to pull up a list of properties I have sold, you would see a $6,000 house at the bottom of the list.  Obviously, at that price, we are going to have to have a conversation about my out-of-pocket expenses and what it costs me to close a deal.  I have transaction costs that I can't avoid.  Those costs keep rolling forward without regard for the price of the property.   There are deals where the amount of the typical commission won't cover what it costs me in out-of-pocket costs to do the deal.  But, we can handle that problem.  That is where "isn't a big deal" truly comes into play!

I don't work in that price range.

"I know you don't work with people in my price range, but can you recommend someone who does?"

Sometimes I don't work in certain areas, because it's not my area of expertise and a buyer or seller in those areas would be better served by working with a REALTOR® who is an expert in that area.  That has nothing to do with price ranges -- it does have everything to do with performing my job well.  If I don't feel I am the best agent for you, I'll tell you and I'll help you find an agent who is.

Bottom line - my job is to assist people in the buying and selling of homes in the Wilmington NC area, regardless of their price range.  It may be a bit of a stretch, but to say I don't work with people in a particular price range, smacks of discrimination to me -- and I don't roll that way . . .  goodness, where do these misconceptions start . . .

Are you following me?

Judith I say that you have to earn a good living we must be willing to work at all costs and that means working in all price ranges..

I agree Judith! There are a few companies locally here who are upfront about the minimum sales price required for them to work with you - and at least one that openly advertises that they will not work with a client who wants to buy or sell a short sale or vacant land. Always amazes me that they would take those stances!

Great reblog; We have a clear target market, but every client deserves honor, respect and excellent service.

Judith.   Great post, I hear agents say I wouldnt handle that property its not big enough. Well snooty agents like that usually end up in the soup line sooner or later.  We are here to help someone buy or sell anything no matter

Judith ~  Thank you so much for the re-blog; I am greatly complimented. 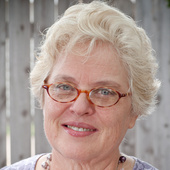