Go cry, Emo Bank! Short Sales, Foreclosures and Defaulting Homeowners - So Who is Really to Blame?

This post, like so many others of mine, actually started life as a comment on a featured post by Jon Zolsky on Reverse Logic or The Art Of Shifting The Blame. I did post the comment, but then I realized it might make a better post on it's own. So I apologize to anyone who is reading this twice, though I am modifying it considerably! I agree with parts of his post, don;t get me wrong. There is PLENTY of blame on all sides in our present situation. However, there are at least two sides to every story.

There is sometimes a tendency to look at short sales as though the bank or other lender is doing the homeowner a big favor, and as such, no one involved has any business complaining about how long the process can take. The gist of the post I responded to leaned heavily on the notion that defaulting borrowers are inherently in the wrong and should accept personal responsibility for themselves and their situation. While that is true to some extent and I am all in favor of people (and institutions) accepting responsibility for their actions, the situation is really not as black and white as that.

Leaving aside those defaulting homeowners who want to walk away from a loan even though they don't truly need to, and those who obtained a mortgage fraudulently, and those two classes are in the minority, and those who over-borrowed (they and the lender are equally to blame there - it was an informed consent agreement on both sides based on what they thought the housing market and economy would do and on the borrowers expected future earning power - and they all guessed wrong) we are left with the majority of borrowers who had every intention of repaying their loans and who still desire greatly to keep their homes, but cannot do so for whatever economic and/or personal tragedy has befallen them.

I believe the idea that these people are in the wrong and deserve no "favors" from the banks is false, if not absurd, and here's why. Again, we must remember that MOST delinquent homeowners and certainly all the lenders would much rather not be in this situation. For whatever reason, the fact is that the homeowner can no longer support payment of the mortgage or service the debt. That leaves the bank or lender with a very few options :

Remember that even if they get the property back, it is still for all intents and purposes a short sale as they are generally unlikely to realize as much from the sale as they were owed on the loan. If the homeowner has any equity they can usually find some way to keep the home.

Lenders agree to go with a short sale simply because it costs them less to process than a foreclosure, and the write-off is usually less. None of their options are desirable either, but it's a no win situation for everyone.

With the best intentions and research, any number of people and institutions have made investment decisions that have lost money since time immemorial. NO ONE reputable ever guarantees that any investment will make money or even preserve principal. It's called "implied risk" and we all must accept that whenever we invest our money, and banks ARE NO EXCEPTION! (How's your 401k looking? Or your self directed IRA? Darn, you guessed wrong, or your fund manager did. Ooops! Tough luck.)

No one twisted the lenders arms to loan mortgage money, they were in business to do that very thing. Well, maybe ACORN and a few government agencies sometimes did some arm-twisting in some cases, but that's another rant. A huge percentage of the defaulters are ordinary people like you and me who had good jobs, great credit and never, ever expected to lose their homes.

Lenders must deal with the consequences of not calling the housing and job market right and as a result losing money just as personal investors and fund managers in the stock market must do when they make a bad call. The only difference between you the personal investor and banks is that they get way better commission rates to buy an investment, and we personal investors are unlikely to EVER get a government bail-out, subsidy, stimulus, TARP funds, or be bought out because we are "too big to let fail".

Defaulting homeowners ARE keeping their agreement. They agreed that they would pay the note in a timely fashion or the bank/lender could take their home away. Yes, the lender could go after the borrower for a deficiency judgment and expenses, but these lenders are not stupid, they realize that the vast majority of people who lose their home to foreclosure have lost everything else first, and it is simply not cost effective to go after a deficiency judgment in most cases. They are better off forgiving the balance, accepting the loss and writing it off than throwing good money away after bad trying to collect from people who are usually pretty much destitute by the time they let their biggest investment and emotional attachment go.

A short sale is an economic decision reached based on the lender's best interests, not a favor to the borrower! They didn't loan money to the borrower as a favor either, they expected to make money on fees and interest rates.

If the lender decides on cutting their losses through a short sale other options, it's the same. No one is twisting their arms - they are ALWAYS going to do what they perceive will be either the most profitable for themselves and/or their shareholders, or cutting their losses as best they can if the investment goes south.

So, once they agree that a short sale is the best solution FOR THE BANK, I don't see why we as borrowers or real estate professionals haven't got a reasonable expectation that they do what they say they will do in a timely fashion. We all promise to perform according to the schedule in the purchase agreement, the only difference is that the banks won't let buyers get away with writing all sorts of absurd conditions and fees into the purchase contract and not using state approved forms as we agents must. They certainly expect that timely performance of borrowers and real estate professionals. Why shouldn't they be held to the same standards? THERE IS NO REASON WHY THEY SHOULD NOT.

Per diem charges on REOs or short sales that are delayed due to the bank's tardiness and/or obstinacy or plain old incompetence should be assessed in favor of the buyer just as they will expect the buyer to pay a penalty if he doesn't remove his contingencies in a timely fashion. It's time to stop letting the lenders have everything their own way. We Realtors and our REO and short sale buyers are helping them to deal with the results of their bad investment decisions, after all!

Time for them to stop whining and conduct themselves like professionals. Go cry, Emo Banker! Virginia... lol... I have had more fingers pointed at me screaming it is all Realtors fault... go figure

To my ActiveRain friend,
I wish you all things bright and beautiful
at this holiday time and throughout the year. 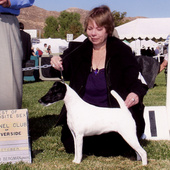