Two nights ago, the San Francisco Giants most prized player, Buster Posey, was taken out at the plate by Florida Marlins player Scott Cousins.  I am a traditionalist when it comes to baseball.  Plays like this have been happening for 100 years and this is what makes this sport the greatest American sport.  Although I am a huge fan of Buster Posey, I do not feel that Major Leage Baseball should make any rule changes to this beautiful game.

Former major league catcher, Ray Fosse who was best known for being taken out at home plate by Pete Rose during the 71' all star game believes the rule should not be changed.

And for what it’s worth, Fosse, in an interview with the San Francisco Chronicle, said that he is not that impressed with calls to change the rules:

“The game has been around more than 100 years, and now they’re going to start protecting catchers? I can’t see anything that can be changed. In high school, you can’t run over a catcher. But that’s high school. This is professional baseball. The idea is to score runs. If the catcher has the ball and he’s standing there, the runner has to stop? Is that the protection? I can’t believe anything can be done, and I don’t see how you could regulate something like that.” 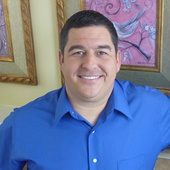