Snow Valley, CA - You may not be able to recognize some of the local contestants in the TOUGH MUDDER competition at Snow valley May 28-29 because they'll be covered with mud. But they'll be competing along with about 4,500 others each day in what is described as "probably the toughest event on the planet."

TOUGH MUDDER, which is sold out at Snow Valley, is described as probably the toughest event on the planet. The event is set for May 28-29.

Actually, only 78 percent of the contestants will finish the 10-mile course at Snow Valley Ski Resort designed by British Special Forces with 22 military-style obstacles.

Motorists on Highway 18 may encounter traffic congestion in and around Snow Valley.  Highway 330 is open for both up and downhill traffic all weekend. 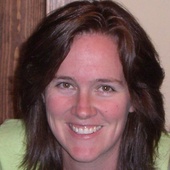