Sounds like psycho cat.  I hope he is not over stimulated often.

Out of the 4 cats that we have, we do have one similar to Dexter. He will climb up on the bed and rub all over me, but after I have petted him for a very short time it then becomes a fight. This is also a fairly regular ritual we go through to!!

Let's be real here. Cats do what they want, when they want to do it. Simple. Ever heard the expression " ...just like trying to herd cats".

There's a reason for that saying, as it's from a realistic cat person. 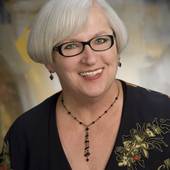