Skating is more than just an art form; it’s a culture consisting of nearly 18.5 million skaters. The skateboarding community has evolved over the past decade which has allowed skating to become more mainstream and acceptable. This is a huge leap from the 80’s when the recreational sport was more than frowned upon.  Skaters used to have a tainted reputation due to society labeling them as rebellious and associating them with the ‘punk image’. As the nation becomes more appreciating, skate parks are going up all over the world which shows how society’s stereotype of skaters has evolved. While most skaters still cling to their rebellious creative nature, their voices are being heard, allowing them to bring awareness to the skateboarding community.

Nearly eight years ago, a small group of skateboard companies got together to establish a special day for those who were passionate about skating. What started with a day of barbeque and simple skating sessions in Southern California eventually went worldwide, bringing skaters together in participating and acknowledging “National Skateboarding Day”.  National Skateboarding Day occurs every year on June 21st. The day is set aside for skaters to get out on their boards, doing what they enjoy the most while representing the skateboarding community. The culture has come a long way, continuing to grow and while a small percentage of society still holds on to the old stereotype, most are welcoming it and seeing it for what it is…art, a form of expression, a means of transportation, an extreme sport and a unique, talented culture.

In 2005, the “Go Skateboarding Foundation” was created for skaters to come together in order to give back to charities and by volunteering to help the younger generation. Those who donate to the mission will be helping to promote the positive traits of the skateboarding community, impacting society and younger kids who are thinking about skating. You can donate to here. The foundation focuses on educational experiences, scholarships, career programing while striving to encourage the building of new skate parks. Skateboarders in Baton Rouge used to roam the streets in their attempts to practice their passion. Many would flock to downtown Baton Rouge due to the variety of good places to skate but often got ran off by authority. In 2010, BREC had their grand opening of the first extreme sports park in Baton Rouge. The park offers a unique community playground for children, ramps and skating area, BMX riding track, rock climbing, a velodrome, fishing, volleyball, tennis, soccer, baseball, picnic areas and a walking loop. During the summer. BREC offers a summer camp at the Baton Rouge extreme sports park. The camp consists of skateboarding lessons and BMX track racing. The voices of the skating community have been heard, influencing the city to take action and allowing them to participate in breathing life into the skateboarding culture.

❦ Lindsay, how fun is this?!?  Skateboarding in Baton Rouge - not one but 3 places!  I'll bet the kids love it!  You did a great job on the video too.  What do you use to shoot and then edit yours?

It seemed to be a blast to all the skaters, wish I could have made a few leaps. I actually have a Canon T21 EOS and I edit all of my video through the Windows Live Maker and then I usually plug it into YouTube, Animato, or One True Media. 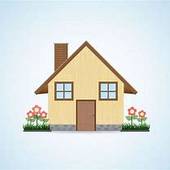