#1-In our war of independence, I commanded a Navy ship, and when in battle, the enemy ask us to surrender.  My reply was "We have not yet begun to fight"?  Who am I ?

#2-In 1814 we took a little trip, down the Mississippi, to New Orleans, our commander said" don't shoot till you can see the whites of their eyes."  We call him "old Hickory"  Who was he?

#3-During the civil war, I took a shot to my arm buy stood "stone walled" to lead my men.  Who am I?

#5-WW2, I was the most decorated soldier, received the Medal of Honor at age 19, became a Hollywood star, and died in a plane crash.  Who am I?

#6-Viet Nam war,  I was a pilot in the Navy, got shot down and was captured, spent almost 7 years as a POW, ran and lost for President of USA, and am still serving my country as a Senator.  Who am I?

#7-Afghanistan;  I was a Navy seal, was killed in battle trying to get help for my fellow Seals who were being shot at.  I put myself in harms way to make a radio call for help.  It cost me my life.  I received the Medal Of Honor for my sacrifice from President Obama.  Who am I?

See how many you know before looking them up.

I think I got most of them, but a little confused with #4 and #5

Audie Murphy was #5 I believe.

Thanks for the early morning "test".

Good morning Clint;  #4 was Sergent York, maybe I should have more information about him.

Good morning Sheila;  Thanks for stopping by.

Good morning, Kenneth. I know most of these. I can't recall #4 either...

There are many heroes who are nameless to us but not forgottenand we enjoy our lives more because of their sacrifice. A nice quiz by the way!

Thank you James.  I'm getting a new listing at noon, so I can't watch.  God Bless America!

Good morning Gary;  That's why I did this post.  Let us never forget all who served. Wow Donald, that would make a great wallpaper for my home page. 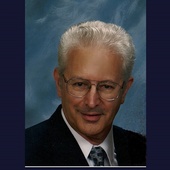