On Saturday, we went on a boat cruise on the Anita Dee II which left from the Navy Pier in downtown Chicago.  It was raining pretty hard.  There was a mall ride in the center of the Navy Pier which allowed us to wait for the boat in a dry place.  There were about 200 people on the boat.  One of the nice things about the Navy Pier is that they had a free wheelchairs for senior citizens.  Just got to the front desk, ask for a wheelchair.  They will ask you for a driver's license as security.  The front desk was open until midnight.  When you return the wheelchair, you can get your license back.

Though it was raining for most of the weekend, the boat cruise on the Anita Dee II was nice.  The rain let up and there was a bar on the roof.  Everyone else stayed inside.  I got some KILLER pictures of the Chicago skyline.  There was also a beautiful sunset, so there were some beautiful colors in the clouds.  All in all, the food was good and boat was pleasant.  It was a great pre-wedding event for 100-200 people.  I recommend it. Our cousin's Indian Wedding at the Drake Hotel in Chicago, IL was on Sunday of the Memorial Day Weekend.  For those of you not familiar with an Indian wedding, an Indian wedding generally starts with the bharat or jaan which is effectively a parade where the groom's family sings and dances to announce the arrival of the groom.  Generally the Indian groom rides in on a white horse.  In this wedding the groom and the groom's family used a light blue classic car.   The parade (also called the Bharat or Jaan) started about three blocks away from the hotel.   A black SUV was blasting dance music and an Indian drummer (also called a dholi walla) lead the procession.  The best man who is the groom's brother lead the dancing.  We had a great time.  We had blocked off the road for the parade and had a police officer escorting us.  Take a look at the pictures we had a great time. The Indian wedding was in the Grand Ballroom of the Drake Hotel in Chicago, IL.  The white mandap was stunning.  (If I find the name of the vendor, I will post the name here.)  The flowers and chairs were great as well.  The priest did a good job keeping the wedding moving.  An Indian wedding can last 1-5 hours, with the average being about 2-2.5 hours.   The room was also beautiful.  I really liked the gold chairs and the flowers. The wedding itself finished with a lunch.  I was actually amazed at how good the Indian food was.  The Undhiyu (an Indian Gujarati eggplant food) was excellent and I am a picky eater.  For an Indian wedding, the food was superb.  I am not sure if they ordered in from an Indian restaurant or if the Drake Hotel in Chicago, IL actually made the food.

The reception is later tonight.  I had an hour in between the wedding and the reception, so I figured I would blog about this.

All in all, I highly recommend the Drake Hotel in Chicago, IL is a great venue for an Indian wedding.  Great location, close to downtown.  Stunning rooms.  Friendly staff.  Two thumbs up.

Congratulations to the bride and groom. Continue to enjoy the festivities.

What a wonderful time ...i have heard about the multi day affair with Indian weddings...it has to be a real treat...thanks for sharing...

Wow! A 3 day affair with 300-400 participating!  Sounds like you're having a blast.  COngrats to the bride and groom.

I went to one Indian wedding in my life and all I can say is that it was one of the most elaborate and ornate weddings I've ever been to. Congratulations to the bride and groom!

Thanks for sharing a bit about Indian culture - and glad to see that you put it Localism.  I am a little disappointed that the groom did not actually ride a white horse.  :)

Three days? Now, that's a party. My daughter is getting married in August. It will be a beautiful affair but will only last one evening.

Congratulations to the Bride and the Groom.  Awesome pictures you took and I had no idea it took three day's.  Heck we had ours at the house with close friends and family, reservations for at a restaurant we liked and then went to The Great Smoky Mountains for our honeymoon and we now live here 22 years later.

What I want to know is how did you blog all about this, upload all those photos, make YouTube Video's and do such a good job in just 1 hour?

Niki, thank you for sharing - in between the festivities no less!  Chicago is a great city!  Living in the mountains where we "roll up the sidewalks" about 9pm, I was amazed at how there is traffic and people walking the sidewalks 24/7.  Have fun!

Nikesh, an Indian, born in India (actually of mixed heritage), I have never been to an Indian wedding.  It truly looks like a magnificent celebration.

I have been to the Drake Hotel in Chicago and it must have been the perfect setting for this wedding.  I love the pictures, what wonderful traditions - thank you for sharing them with us.

BTW - I enjoyed getting a chance to see you in Dallas at RainCamp.  I especially enjoyed hearing what the focus is now at AR and look forward to great things happening!

We love our Drake Hotel, and the Grand Ballroom is a perfect room for a sumptuous wedding. If you have time, try to have High Tea this afternoon. Your little girls will adore having the little plates of cakes and sweets. Then make sure you get over the American Girl store. We'd like you to leave a few hundred dollars more here ;-)

May 30, 2011 04:10 AM
LIKE
#14
Rainmaker
187,063
Nikesh Parekh
Suplari, Inc. - Seattle, WA
Technology Entrepreneur, Executive, & Investor
Thanks for the comments everyone. The Drake is a beautiful hotel. It gives me a great sense of the grandeur of old Chicago. If you get an opportunity to attend an Indian wedding, take it! It is a lot of fun and great cultural experience. I may write another blog on funny things in Indian weddings. Leslie, High Tea sounds great, but I think we are just going to relax today. We are staying with my cousin in University Village. I think I need a bit more downtime than my girls :) Niki
May 30, 2011 04:23 AM
LIKE
#15
Ambassador
863,072
Mimi Foster
Falcon Property Solutions - Colorado Springs, CO
Voted Colorado Springs Best Realtor

I have a dear friend who is from New Delhi.  He recently sent me wedding pictures, and they were spectacular.  Thank you for sharing this.  Obviously Indians have kept much more of a sense of tradition than Americans and some customs that are totally foreign to us (no pun intended :) ).  Truly beautiful and moving.

Indian weddings are one of the most beautifully photographed occasion. You have been travelling lots!!! And good to finally meet you in person this week too.

Haven't had the pleasure of an Indian wedding, but I have enjoyed the Drake on many occasions. On one occasion at a different hotel in Chicago, I happened to be with my girls and there happened to be an Indian wedding in progress. Both of them were completely enthralled and my younger daughter assured me that when she married she wanted it to be equally spectacular, colorful, lively. Not sure we'll quite meet the standard set in the photos you provide, but suppose that our Cuban, Italian, Mexican traditions will definitely offer color and liveliness.  Congrats to your family and glad you enjoyed your stay in Chicago.  Hope you come back often!

❦ Niki, I love ethnic weddings!  But have never been to an Indian one... Being Greek, I have such fond memories of my aunt and uncles weddings, dancing, lots of food and late late hours!  Yours however are some of the most colorful!  What a magnificent celebration... Thanks for sharing and congrats to the new bride and groom!
Pamela

I love learning about other cultures: I’ve always loved the colorful Indian garments!  Here in Los Angeles County there is a small city: Artesia on Pioneer Blvd....it’s our version of “little India” I go there to get my spices....and little nick-knacks! Ever since I saw “India” a Brazilian telenovella in Spanish...it was actually dubbed in Spanish.....I learned a lot more about the Indian culture and of course, the tear jerker: Slum dog millionaire....I love that movie....just saw it again on cable the other day....thanks for sharing these awesome photos.

I love Indian weddings.  I had the pleasure of attending an Indian wedding and I enjoyed it immensely.  Great pictures and videos.

Niki, my favorite movie of all times is Bride and Prejudice.  That wedding must have rocked Chicago! 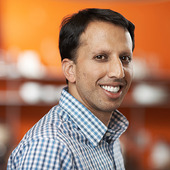