Macon County Franklin, NC is located in southwestern North Carolina, about 65 miles west of Asheville, NC and 130 miles north of Atlanta, GA. The county land area is 516 sq. miles and the population is 33,756. Franklin, the county seat, lies near the center of the county at an elevation of 2,110 feet with a population of 3,490. Highlands is the other major town in the county with a population of 1,100 year round residents and is the highest incorporated town(4,118 feet) east of the Mississippi River. Major highways run north - south (Hwy. 441) in the Little Tennessee River Basin and east - west (Hwy. 64) across mountain ranges. Climate of the region is classified as marine, humid, temperate because of high moisture and mild temperatures. Four distinct seasons provide a diverse climate. Although Macon county is in one of the highest rainfall zones in the eastern U.S., there can be large spatial variability in precipitation amounts during storm events.Average Temperature (degrees Farenheit) Coweeta Hydrologic Laboratory, 1934-2007 June, I really like this post...be forewarned I'm going to steel the idea and use it here in Madison County. I think I might add longitude and latitude of the cities I service...have a good one.

wonderful photos!! I love the one of the tree with no leaves... you should be able to make some kind of marketing photo with that one... with a slogan or something like ' feeling alone?", or something :) 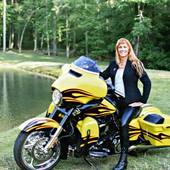