A good quarterback knows how to head fake the opposing team. He looks in one direction to make the defense think he’s going to throw that way, then runs or throws the ball the other way. The financial markets and the Fed learned this past week that they had been taken in by this old trick.

Early last month, when the August employment data were released, they showed a decline of 4,000 jobs nationally. An outright decline was a bit of a surprise, but people didn’t question the number. Hey, the subprime market had just imploded, the money markets were struggling to prevent a total melt-down, and mortgage companies were dropping like flies. It was reasonable to believe that the overall economy and employment picture might be taking a downward turn, too. But last week, we learned that it was all a head fake. The September employment numbers came in line with expectations, showing job growth of 110,000 vs. an expectation of 100,000. But the August numbers were completely revised, with the 4,000 job loss being restated to a healthy gain of 89,000. Apparently the August jobs market wasn’t really following the subprime market off the edge of the cliff.

The financial markets responded with a fairly predictable knee-jerk reaction given the revision. Stock prices were up, with the S&P 500 hitting a new all-time high. The S&P was up 2.1%, with the NASDAQ up 2.9% and international stocks up 1.6%. Real estate investment trusts showed a beefy gain of 6.5% for the week, but they still have a way to go to recoup their losses from over the summer (no surprise there, given what’s going on in the real estate market). Bonds did what bonds do in response to unexpectedly strong employment data: they fell. Ten-year Treasury prices were down by nearly half a point for the week, and MBS prices were down fractionally.

Ted Blanchard, Certified EcoBroker®, is a top Real Estate and Mortgage professional in North Texas. His company, http://www.tream.us specializes not only in representing buyers and sellers in real estate transactions, but offers mortgage services as well. TREAM, Inc. is truly a one stop shop for real estate and mortgage services. Ted can be reached at 214-224-0907 or by email at ted@tream.us 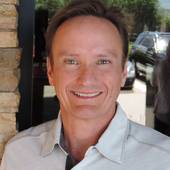