A HOSPITAL STAY CAN CAUSE TEMPORARY MEMORY LOSS IN SENIORS

A hospital stay can be a stressful time for anyone. Hospital procedures, antibiotics, different food, bed and daily routine can become overwhelming and disorienting to all patients.

However, according to a Northwestern University study, which was funded by the National Institute of Aging, and entitled "Improvements in Cognition Following Hospital Discharge of Community Dwelling Seniors," the stress is felt most severely by the elderly.

The study analyzed 200 people ages 70 and older who had been hospitalized for one reason or another and found that about 1/3 of them were suffering from cognitive issues, although none of them had been previously diagnosed with any such difficulties.

This disorientation came at a particularly critical time as the patients were leaving the hospital and being given daily care instructions that needed to be followed once they got home. If an individual did not understand his instructions, than a delay in recovery or worse could be the end result.

Researchers sensibly recommended that patients be accompanied by a family member or friend upon discharge. Once the patients were back home and in familiar surroundings, the majority of them returned to normal cognitive function within one month. The study noted "they had significant improvement in areas of orientation, registration, repetition, comprehension, naming, reading, writing and calculation."

I can believe that!  I have talked to even younger folks who had disorientation for weeks after anesthesia!

Jill, yes I've seen that in many of my relatives well into their 90's but my dad who had surgery in his early 70's I did not expect. For him its Alzheimer's, taking each day one at a time.

Deborah - Thanks so much for taking the time to comment. I hope you're doing well and time is moving quickly for you. I guess hospitalization is a bigger deal than we ever thought.

Ellen - I feel for you. The gradual decline of an Alzheimer's patient takes an enormous toll on everyone.  I've never been through it. I've only read about it. You have a large and close knit family. I pray you'll find the strength to cope. Remember to find time to laugh whenever you can.

My daughter had outpatient surgery and was groggy and forgetful for hours.. and she is only 24

Jill,  I had no idea a hospital stay could cause memory loss in seniors.  This is very scary.  Good post.

Belinda, Really in anyone. They just bounce back a little slower.

Doesn't surprise me. I'm about halfway to 70 and I have memory loss just driving by a hospital! I admire doctors and nurses; they certainly have a job that I would never want.

Eric - I've often thought to myself that if I could be any age I wish, I would be halfway to 70.

GOOD MORNING JILL!  I'm more than halfway to 70 and agree with Eric - I wonder sometimes how those nurses and caregivers do it everyday!

Gabrielle - Thanks so much for stopping by. It's a really tough job with, unfortunately, a lot of turnover in employees.

Very informative post. I know doctors, nurses and other hospital staff do their best. But any visit to a hospital that can be limited, the better.

Scott, No disrespect intended ever to anyone in the medical profession. I do see how hard they work. However, if I can possibly avoid a procedure, I will. 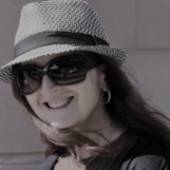