Spacious 3 Bedroom colonial located in the vailsberg section of Newark. This home benifits from a large living room with fireplace, formal dining room, eat in kitchen, den off of the main foryer. 3 ample size bedrooms and large back yard with detached garage. This stunning home is perfet for the first-time home buyer.

Newark is the third oldest city in the nation. It was founded and incorporated as a township in 1666, then as a city in 1836.

Vailsburg was annexed to Newark in 1905.

Boundaries: Vailsburg stands out like a peninsula in the Newark area. South Orange Avenue and the Garden State Parkway separate the land from its surroundings.

Located in Newark´s West Ward, the Vailsburg section seems to stick out from the rest of the area, not only geographically, but because of its hodgepodge of suburban, urban and park areas. Much of the South Orange Avenue area has recently been transformed, with renovated storefronts and an improved streetscape. Many of the businesses are smaller, independently owned "Mom and Pop" stores that have been in the area for generations. Residential structures run the gamut from single- or double-family homes -- mostly owner-occupied -- to apartments, including the large Ivy Hill Apartments complex. Residents are mainly working class, and with more than 37 block associations, Vailsburg is known for its strong sense of community.

* Vailsburg is the last independent suburb to be annexed to Newark.

* The land for Vailsburg Park was originally "Electric Park," an amusement park owned by the Krueger brewing family. The residents of Vailsburg be lieved that Electric Park harmed the peace of the neighborhood and lobbied to have the amusement park converted into a park for passive recreation. Construction began in 1917 on what is now known as Vailsburg Park. It is the 10th largest park within the Essex County park system.

* The U.S. Army put up tents in Vailsburg Park during World War I and World War II for training, em barking and recruiting. In 1952, two softball diamonds were eliminated by the Army, which leased a small portion of the park for an anti-aircraft gun site until it vacated the site in 1960.

* Vailsburg native William Brennan, an Irish-American son of a Newark police commissioner, served on the U.S. Supreme Court from 1956 to 1990.

A young man makes use of a basketball court in Vailsburg Park.

Sacred Heart Church, 481 Sanford Ave.
Located on the south side of Sanford Avenue, off South Orange Avenue, Sacred Heart Church is the most prominent structure on the street as well as the largest parish church in Newark. The parish itself was founded in 1892, prior to the Newark annexation and the construction of the Sacred Heart Basilica, which explains the use of the same name as the great North Ward cathedral. The present church was built in the 1920s and was designed by Neil J. Convery, who also designed St. Lucy´s Church in the North Ward. The church celebrated its 115th anniversary on June 10 this year.

St. John the Baptist Ukrainian Catholic Church, 719 Sanford Ave.
One of Newark´s most interesting congregations and beautiful churches, the church itself is a combination of modern and Byzantine architecture. Read in a certain way, the stained glass and mosaics of St. John´s tell the story of Christianity in Eastern Europe.

Newark Gospel Tabernacle, 985 South Orange Ave.
A South Orange Avenue landmark and official historic building, the Newark Gospel Tabernacle, formerly the Stan ley Theater, is the best-preserved 1920s-era movie palace in Newark. The facade that´s visible from South Orange Avenue is misleading; the structure is much larger on the inside. A side view of the structure better illustrates how far back the theater actually extends. The building was designed by architect Frank Grad, the principal of one of Newark´s two most prominent architectural firms. The interior of the church/theater is reminiscent to a Mediterranean-style courtyard, with the main auditorium designed to look like the square of a Spanish village. The large auditorium sat 1,200 people when first built.

Tours of the city are available for groups interested in taking an informative trip through Newark, including Vailsburg. For more information, visit www.newarktours.com.

Great listing and what a great place to live. You should do well with it. Good luck with your sales. Have a great day.   ~Captain Wayne~ 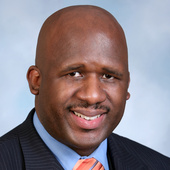 ActiveRain Community almost 10 years ago
bookmark_borderbookmark
To be there or not to be there?
View more Recent Posts   arrow_forwards