For my hometown sports fans and real estate noodlers, this piece from John MacArthur in the DC area explains why Washington and Seattle are good to go. Well, the Nationals have some work to do...just saying.

This morning's Washington Post ran a story titled "Home prices take a double dip".  The story was stock coverage about the most recent Case-Shiller report.  The big news was that the long forecast "double-dip" in prices seems to have occurred. There were only two exceptions, Washington DC and Seattle, Washington.

Ken Rapoza at Forbes.com shared "You know that $400,000 house you want to buy; offer them $350,000. If they don’t take it now, they will soon enough."  That is an understandable reaction to housing prices that have begun to fall again.  The advice probably won't work in the DC area and it won't work in Seattle either.

Jobs are the steroids that create a booming housing market.  DC has jobs. The Seattle area has jobs.  One has the Federal Government and the other has the defacto internet government.  While the rest of the nation suffers from "steroid" loss (see Barry Bonds, Manny Sosa, Mark Mcguire, et al), these two areas continue to perform at Jose Bautista like levels.

Now, home sales and baseball games do have a lot of similarities.  Both need two sides to complete a transaction.  Both support large networks of ancillary services.  Both have designated officials overseeing the transaction. Both keep records of what transpired and both have "second guessing" Monday morning quarterbacks discussing what happened, what might have happened and what should have happened.  Both begin a season of hope in the spring and languish through the dog days of summer.

Home sales need cash to be completed. Baseball needs a bat and a ball.  Available cash is dependent on the ability of the borrower to repay the debt ( don't believe advertising, if you need a loan the underwriter will determine your credit worthiness and this can change from one lender to another).  A bat and a ball is dependent on the front office's determination of how much supplies the team will need ( don't believe their lavish lifestyle is any indicator of quality of equipment because this can change from team to another).

Right now, the majority of the country does not have a strong enough economy (see jobs) to support home sales at a level pace.  The future does seem to hold the possibility of yet another dip when the back log of foreclosures hit the market.  As for DC and the Seattle area, the Federal Government continues to grow faster than the fat kid stuffing twinkies in his mouth and Seattle remains the closet capital of the free world (think about it, control of the internet is a bit more powerful than drones flying over Afghanistan).

Hats off to Case-Shiller.  They have discovered a way to make money in a dreadful housing market. If  the reports depress you, turn to the Sports section. Jose Bautista is still cranking out non-steroid aided home runs, the long hot summer lays before us and somebody will emerge as a champion 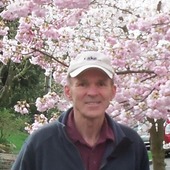