Naperville has long had many options for families to utilize while enjoying the Summer weather (when it isn't raining 1" an hour, of course). Recent and ongoing changes give Naperville residents new and updated places to visit.

Downtown Naperville's historic "Centennial Beach" received a major facelift over the past year. Plans have been in the works since 2006 but the rewards of the project are now able to be enjoyed as of the 2011 Memorial Day weekend.

The project cost almost $5 million, a bit of a difference from the original purchase price of the former quarry property which cost Naperville $16,500 in 1931.

After visiting the new grill for lunch today I can report back that the food is good and the grill is available to be utilized by the public as it has access from both the Riverwalk and the Beach itself. I can also report that the goal to keep the plans architectually sensitive to the original limestone bathhouse was successful. Along with Centennial Beach's facelift, Naperville's Nike Park on the north side of town is seeing major changes.

Designed to benefit youth athletic teams and the public alike, Nike Park's $7 million project will boast the city's sole lighted & synthetic turf field, sand volleyball courts and multiuse fields for soccer, football and lacrosse. The (Naperville Park) district also is adding lighted courts for tennis, basketball and volleyball, as well as a playground, walking and bicycle trails, and one of two cricket pitches in Naperville.

The project is expected to be completed by the end of July 2011 and, when completed, will encompass a total expansion of 20 acres which nearly doubles the current facility's 25 acres.

Bill:  I had seen an article in the paper describing all the renovations being done, but they did not include a picture with the article.  Wow!  Naperville has provided a beautiful setting for their residents once again ...

Thanks for your comment, Gene. I took that picture today and will post more soon. It's a great spot!

Bill, Great article ,  I know we should all be proud that we live in this great town , Naperville ,that gives us so much to enjoy. 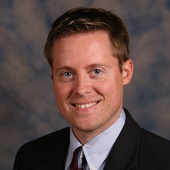