The rumors have been running rampant for years.  Trader Joes was it's favorite topic, but there were others. Drive.  LaBou and Parkside Pharmacy did their best to improve it's patronage and appearance, but they could only do so much.  This strip shopping center needed not only tenants and a new facade, but the internal workings included leaking roofs and outmoded electrical systems.  Something had to be done.

It was announced yesterday that Sunflower Marketsigned a 30 year lease!  At last an opportunity to offer a new market to the neighborhood, but to improve the street scape as well!  It can be assumed that the neighbors will be elated to have a close, well stocked market just around the corner.  It also offers a nice mid-sized market to compliment the plethora of offerings of Raley's and the specialized, gourmet offerings of Taylors Market.

Paula, Sunflower markets will be a great addition to land park. Land park residents are going to love it.

Hi Nicole!
We are so thrilled to finally have a viable market in that location...it has been wanting for quite a while! 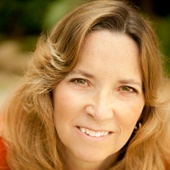