With 60 degree weather under crystal clear skies the 99th annual Turkey Day game between the Kirkwood Pioneers and the WEbster Groves Statesmen was another huge success!

I asked my family to join us this year but they couldn't understand why I would want to spend Thanksgiving watching high school football rather than one of the many bowl games on TV.  Being that they all still live west of 270 they will never understand what it means to have century old traditions right outside your front door.  Don't they realize that it isn't about Turkey, it's about who will be taking home the Frisco Bell (the bell goes to the winning team).  Around here Thanksgiving IS the Turkey Day game.  You simply can't have one without the other.

The Webster Groves Statesmen topped the Kirkwood Pioneers 28-12. Because the Pioneers were preparing for a state championship game on Saturday, Nov. 25, this year's Turkey Day game showcased the Statesmen and Pioneer junior varsity football squads.  I heard some folks grumbling about this and stating that had the varsity squads been able to hit the field that the results would have been quite different.  I sure hope they don't have to eat those words at next years game which will be quite the extravaganza as the two teams celebrate a century of football.  I can't wait.

To learn more about our Turkey Day tradition read the article from our local Webster Kirkwood Times:

Folks in Kirkwood and Webster Groves are pretty proud about having the oldest high school football rivalry west of the Mississippi River. They're so proud, in fact, that they always like to do a little exterior decorating before the big game.  Read Entire Article 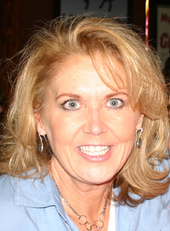 Come explore the eight unique communities that comprise the Webster Groves and Kirkwood school districts in the St. Louis, MO area. All are known for their charm, historic roots, incredible architecture and strong community values yet each maintains its own unique personality and style. Learn about life, living, homes, real estate, and the true old town community pride that make this area so popular with today's St. Louis home buyers.