Interesting take on social media-is the glass half empty or half full? By that I mean, could social media be used as a wonderful tool to keep those that are not on the up and up in check?  Or is it more of a feeling of "Big brothers watching"!  To your point of where did the design  idea come from and who was the artist that created it?  The interesting thing about social media is that it's heavy in numbers and undulates like a boat with out a sail at sea.  Rising and bobbing with the wind as it's captain!  Perhaps the big brother watching is more of a reality then we would often like to think it is.  Judge and jury in one, not always a perfect verdict, but most certainly a strong arm in right from wrong.  A voice for the soft spoken and a chariot for the brave!  I know that it will keep me in check as I venture into the abyss of cyber space!

Talk about a social media nightmare! Did anyone hear about the Urban Outfitter's social media disaster story a few weeks back? If not - let me catch you up to date - this is a prime example of the power of social media and what can happen.

For those of you who don't know, Urban Outfitters is a store that focuses on sort of funky hipster clothing and household items. You can check their site out here

So! A few weeks ago, a jewelery designer who sells her work on Etsy (a VERY cool website for designers, crafters, etc) claimed that Urban Outfitter's had copied her designs and were selling them as one of their own lines.

She took to her blog to express her dismay.

Readers responded. Within a few hours - tons of readers had posted negative messages on Urban Outfitter's Facebook Page and by the end of the week, Urban Outfitters had become a trending topic on Twitter. All of the posters asking for a response, an explanation of their actions. Instead of responding to this woman's comments and her following of supporters, the retailer resorted to a single tweet stating that it was 'investigating the issue'. They then continued to tweet like nothing was wrong. They also removed the facebook postings which further infruriated the online community, making the issue even bigger! The jewelry was also pulled from Urban Outfitters stores. Here's the jewelry in question - the artist's pendant on the left, Urban Outfitter's pendant on the right.

So - finally Urban Outfitter's responded by posting their own blog - Their response included a link to someone ELSE'S blog - which basically pointed out that the jewelry design in question wasn't an original design and in fact MANY people on Etsy were selling similar pieces.

But here's what got me! This blog (that Urban Outfitters links to) also says this in it, "I’m not saying that Urban Outfitters doesn’t help themselves to the designs of others. They certainly have a record of pilfering designs, and they may very well have stolen this one. The question, for me at least, is who did they steal it from? And if we don’t know that much, how do we know it’s really been stolen at all"

Okay fair enough - maybe they didn't steal THIS design, but the blog above states that they have a record of pilfering designs (remember - this is a blog that URBAN OUTFITTERS ENDORSED!) So what exactly were they trying to achieve by sharing this blog?

That's where the story ends essentially... everything has died down to a degree - unless of course you decide to google it! That's right - the disaster story made page 1... this is gonna take some time to disappear.

So what's my point with all of this?

I find it so interesting. We are at a very interesting time - a time where news travels like wildfire - and communities have come together online in an unprecendented way (even here on ActiveRain).

I think it is so important to use social media properly...with engagement and transparency. Stick by those rules and hopefully if you DO happen to have any fires (knock on wood) you can put them before they turn into something that gives you serious burns. And last important tip of the day? DON'T STEAL! *cause that's just mean!*

Have a wonderful evening everyone - here's to a great week!

You really need to visit www.RealEstateExtraordinaire.com

And when you're done doing that - let's connect!

Helping you sell Real Estate. Simple as that.

Sounds like they needed a better PR person in charge of their social media.

Nice post -- especially with what is going on in the news with the Congressman and the large variety of athletes and celebrities who get into hot water over Twitter, etc.  -- a good reminder that you don't want to launch something into the social media outlets that you wouldn't want to see on page 1 of your local newspaper (and attributed to you).

The danger, in one sense, results from the speed of the technology.  Years ago, a person who speaks before thinking did it in the presence of a small number of people (usually).  Now they launch the misguided idea, photo, etc. to the world and it's 'out there' forever.

By the way, Cheri, I like the look and feel of your 'signature' on the blog.  It has very classy feel.  I am newbie here, so plenty to learn.  Best to you, Eric

You have a better head on your shoulders than most people out there, Cheri! Did you know that Goldman Sachs now owns Facebook?

wow.. what a world.. thank you for sharing.. I really like urban outfitter.. they got some cute things.. ;-)

Thanks so much for the reblog, Cheri! Hope you're having a wonderful day! 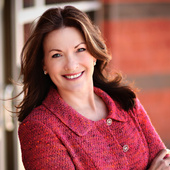