I am little behind due to being on vacation last week but I have recently read several stories about Cordova Alabama and their Mayor Jack Scott who refuses to allow the FEMA single wide manufactured homes to be placed in the city due to a current city ordinance which bans their use.  Being in the Real Estate industry for the last 14 years has allowed me to understand both sides of an issue like this where zoning regulations are required for cohesiveness in a community and thus in most cases help to maintain property values and establish neighborhood boundaries.  All of that aside where is the where is the compassion of the Mayor and the City Council when it comes to a community that was hit by not one but two tornadoes in a single day. While this is a really sad story and a tough situation that so many people have been put in it is further compounded by the fact that the Mayor felt it was a good idea to rub in the faces of his constituents by placing the Police Department, City Hall, a bank and a pharmacy into similar trailers as the ones that not being allowed for dwelling units by the many displaced and now homeless families in the Cordova area.

In most cases City ordinances are a good thing but once in a while the rules need to be bent for the good of the people.

One solution is just file a lawsuit to ask the state to look revoking the cities charter:

Can't pass/enforce laws of any kind

Massive peer pressure from current city employees scared they will lose their jobs...

In other words get a massive drive going to get more voters registered and current voters off their duffs and literally pull the rug out from under Sir Scott and his cronies on the city counsel.

No charter = No City Goverment can exist....

Hi Mark,  Thanks for sharing & Congratulations on your 1st post. Welcome to activerain, visit  http://activerain.com/blogsview/1999491/activerain-university-training-calendar  you can join up to 5 groups for your post. Members at AR are very friendly and helpful; I learned alot about blogging and SEO.  Wish you good luck.

Thank you Kwee I have signed up for 2 webinars; orientation and Introduction.  I am hoping they will be helpful in navigating the site and getting my posts in the search engines.  I am feeling good about this blog thing and with some practice hope to get good at it. 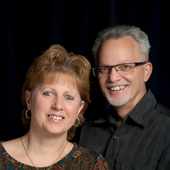