I Found A Little Pink House in West Virginia!

I just returned from a trip to Maryland and West Virginia with my mom, Mary Jane Scruggs.  She will turn 80 in September so it seemed fitting to take a trip down memory lane with her.

There are many stories to tell about the various towns and childhood memories that Mom shared with me this week.  For instance, I took a touching picture of Mom sitting on the steps of her elementary school.  I promise I'll post it a little later this week.

In the meantime, I wanted to show you an adorable little house that is located just outside of Harpers Ferry, West Virginia.  The first thing I noticed was the pink color.....the second thing was that it is a 'Women's Club' house.  I'm a member of the Pennsville Women's Club, so I recognized the insignia over the door right away.

Regretfully, no one was there when I went to the door.  I read the flyers they had posted.  It looks like their club has some pretty awesome events planned.  One in particular caught my eye.  They are hosting a 'Meet and Greet' for the local political candidates.  I thought it sounded like a valuable event, especially since the opportunity to meet the candidates in Pennsville does not exist.

Perhaps our Women's Club would consider hosting a similar evening?  I believe it would be well-attended.

For those of you who may not be aware, Women's Club has it's international headquarters in Washington, DC.  It is the largest group of woman in the world and they do a TON of good deeds and community service work.

I'm proud to be a member of Women's Club......and I was absolutely thrilled to stumble upon the Harpers Ferry chapter's pink headquarters.

It made my day!

Hi Chris, Looks like you found a way to post while in West Virginia. Love the little pink house.

Thanks for stopping by again, Patrick.

Hi, Margaret.  I'll pass along your birthday wishes to my mom.  Thanks so much!

Like
Michael Kitsch
Coldwell Banker - Katy, TX
Cute. Ptretty pastel. Not like Pepto Bismol, right? Anyway, thanks for the pic. Not something ya see every day.
Like
Christine Hooks
Pino Agency - Pennsville, NJ
Celebrating 25 Years in Real Estate!

Thanks for stopping by, Cheryl.  Nope, it was definitely NOT pepto bismol pink, at all!

Chris, any time I see the name Scruggs I think of music! Glad to hear you had a great time with your mom and best b-day wishes to her! Great pic, and so cool that you found the club by chance! That's probably one of the reasons they painted it that colour, you can't miss it! It's a landmark now!

Chris, isnt' that cute? I love it! How lucky you are to have made that trip down memory lane with your mom. Happy Birthday to her!

Hi, Peg!  I like to say that Earl Scruggs is a relative.....I'm sure he MUST be....I mean how many Scruggs' can there really be?  I'll pass your kind wishes on to my Mom.

Andrea, you're right....I do feel lucky to have had this special trip with my Mom.  I'm hoping for many more. 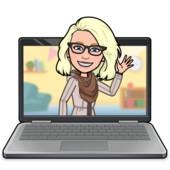