QUOTE OF THE WEEK..."There is nothing either good or bad, but thinking makes it so."--William Shakespeare

INFO THAT HITS US WHERE WE LIVE... There are those who think the housing market is in bad shape, with the start of a second dip in home prices. Then there are those who see something better -- a bumpy bottoming of home prices, which will soon head back up. Those of us in the second camp were given more ammunition last week by real estate data company Altos Research. Their evidence shows prices bottomed out in March and achieved seasonal rises in April and May. Their VP of market analytics said in a recent webcast: "We're pretty confident that means there is going to be a rebound.... There's still plenty of movement upside and we're going to probably move...back into positive ground."

The researchers also reported that median list prices for single-family homes were up from March to May in all but two of the 20 cities they track. They further pointed out that, except for the last boom, the housing market historically has never seen constant price appreciation. There has always been some price volatility, so the latest dipping "...is really just the start of the next housing cycle." Other industry data revealed that in real estate listings in 16 of the 20 largest U.S. metro areas, the average number of days on the market dropped from 150 in December to 140, while median listing prices went from $224,900 to $246,000. This is not yet a housing recovery, but it's also not a double dip.

BUSINESS TIP OF THE WEEK...Don't play favorites. Yes, lavish your attention on those wonderful new customers you need to grow, but make sure you still treat existing clients like VIPs. One way to do this is with special offers and loyalty rewards for long-term and returning customers.

UNDER TWELVE THOUSAND...That's not just a price range for used cars, it's also where the Dow landed last week. Not surprising, as we've now had six down weeks in the stock market, matching the six weeks there's been a negative mood on Wall Street. That mood of course has come from signs of a slowdown in the economic recovery, even though there have also been signs of economic progress. Speaking in Atlanta on Tuesday, Fed Chairman Ben Bernanke admitted that our economic growth has been slower than expected this year. He also said the inflation triggered by higher energy prices was a passing thing and that the economy should get its mojo back in the second half of the year. But even then, Bernanke feels economic conditions will still justify keeping the federal funds rate at exceptionally low levels for the now familiar "extended period."

The stock slide helped Treasury bonds rally, although the bulls were by no means dominant. The FNMA 4.0% bond we watch ended the week down .78, closing at $100.24. Nevertheless, national average rates for fixed-rate conforming mortgages dropped for the eighth week in a row, to their lowest levels since November. Freddie Mac's survey also had 1-year adjustable-rate mortgages at their lowest level in the report's history.

STORE SALES, PRICE MOVES,  HOME BUILDING...Last week's lull in economic news will now be followed by a barrage of data from all directions. One report that matters is May Retail Sales, expected to dip slightly overall, but gain slightly when you take out slowing auto sales. The prices we consumers pay will be reflected in the inflation reports. The May Consumer Price Index (CPI) is forecast to come in flat, while the Core CPI, taking out food and gas, should be up 0.2%, not going in the right direction.

Thursday reveals the status of homebuilding. May Housing Starts are expected up a bit, although not back to their pre-downturn levels. May Building Permits, indicating starts a short time out, should also come in at a similar rate, though down slightly from April.

Economic Calendar for the Week of June 13 – June 17

Forecasting Federal Reserve policy changes in coming months...As Fed Chairman Bernanke said yet again last week, he expects that the slow pace of the recovery will warrant keeping the Funds Rate at its super low 0%-0.25% level for an extended period. Note: In the lower chart, a 1% probability of change is a 99% certainty the rate will stay the same. 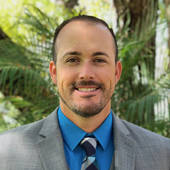